AFC President hails the progress of football in Uzbekistan

Uzbekistan’s transformation into one of Central Asia’s football powerhouses has been recognised by the Asian Football Confederation (AFC) President Shaikh Salman bin Ebrahim Al Khalifa during the AFC Executive Committee’s visit to Tashkent.

While meeting with officials from the Government and sport in the Uzbek capital, the AFC President was briefed on the future football development plans for Uzbekistan and their desire to reach a major international tournament.

After their success in the AFC U23 Championship in China PR in January 2018, the Uzbek team are now focusing their immediate efforts not only on the AFC Asian Cup UAE 2019 but also for a place in the 2020 Olympic Games in Tokyo.

Shaikh Salman, who exchanged souvenir pennants with Umid Akhmatdjanov, the Uzbekistan FA Senior Vice President and President of the country’s National Olympic Committee, has been an admirer of Uzbekistan’s progress. 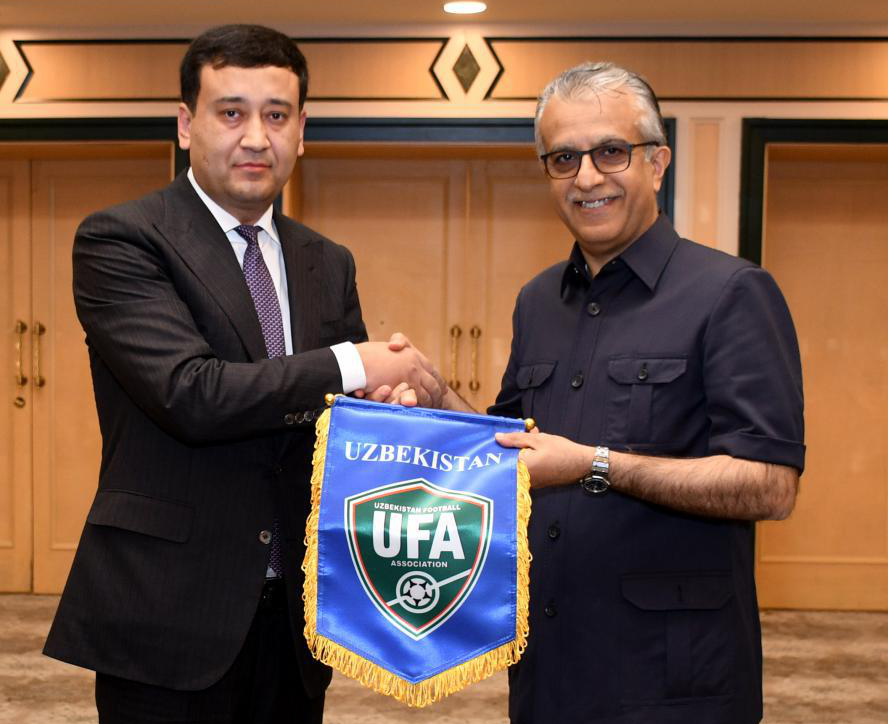 He said: “Uzbekistan are developing, thanks to the commitment of the UFA, into a real force in Asian football. They have dominated some of the age group competitions in recent years and that was never clearer than in China this year when they won the AFC U23 Championship.

“They were also very close to reaching the FIFA World Cup and only missed out by two points after being held at home in their final group match by Korea Republic.

“Now they plan to build on those foundations and aim for Tokyo in 2020 and then again for the FIFA World Cup when it returns to Asia in Qatar in 2022 but first they will look to make an impact at the AFC Asian Cup.

“They deserve a huge amount of credit for the investment they are making into the sport in this country and are being rewarded by success.”

Uzbekistan face fellow Central Asians Turkmenistan and the West Zone’s Oman as well as Japan, who made the Round of 16 in the 2018 FIFA World Cup, in Group F in the AFC Asian Cup UAE 2019 with their opening game against Oman in Sharjah on January 9, 2019.