Breakout stars of the Asian Cup 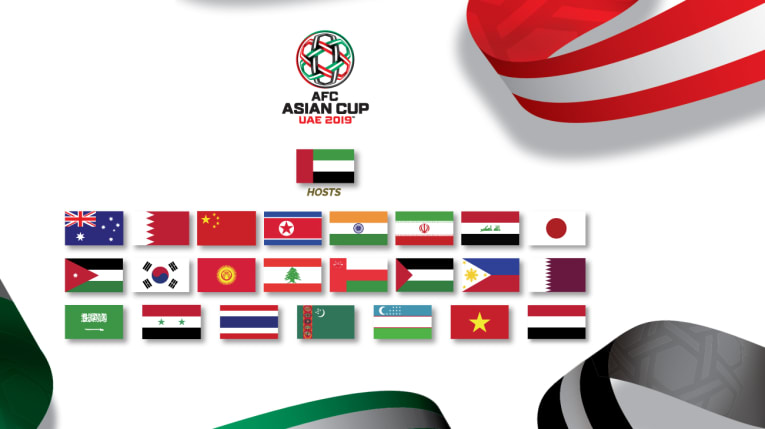 The 2019 edition of the AFC Asian Cup saw a host of fresh names grab their fair share of the headlines. With many nations building towards the 2022 FIFA World Cup Qatar™, there was no shortage of young talent on display in the United Arab Emirates across January.

Qatar upset the established order with their stunning run to a maiden continental crown. So too, numerous young players took the opportunity to firmly stamp their mark on the international stage. Following our look at the headline-grabbers of UAE 2019, FIFA.com runs the rule over some of the younger players featuring in their maiden Asian Cup who made a major impact during the tournament.

It is impossible to mention any individual at UAE 2019 without referencing the performance of Almoez Ali. Little known before the tournament, the 22-year-old entered the event with only a modest recent record for local club Al Duhail. However, the Sudan-born Ali turned that form around instantly with four goals in the group stage match against Korea DPR en route to an all-time record nine-goal haul. Athletic, pacy and with a strong game-sense, Ali’s bicycle-kick to open the scoring in the final against Japan was evidence of a player in rare form.

The razor-sharp Ritsu Doan has long been hailed as a future Japan star. UAE 2019 provided evidence that the promise is now starting to be fulfilled. A former AFC Young Player of the Year, Doan created 11 goalscoring chances – the third highest tally in the tournament. Still only 20, the silky-skilled Doan also netted two match-winners for Japan, firstly against Turkmenistan, and then with an ice-cool penalty against Vietnam to lift Samurai Blue into the semi-finals.

Though Chris Ikonomidis made his debut just after Australia’s Asian Cup win in 2015, it is the 2019 edition where he truly arrived at international level. Snapped up by Lazio as a teenager, where he was mentored by Miroslav Klose, Ikonomidis bizarrely made his national team debut prior to his club bow. After some stellar showings in his A-League return at Perth Glory, Ikonomidis continued that form in UAE. A fleet-footed and intelligent wide attacker, Ikonomidis created an impressive 14 goalscoring opportunities in five matches, as well as providing assists for four of Australia’s six goals.

One of several graduates of Uzbekistan’s 2015 FIFA U-20 World Cup campaign, the free-scoring Shomurodov made every post a winner in the Emirates. He netted four times in the group stage — including a superb goal against Japan — to become the joint-second top scorer, albeit having played fewer minutes than the three players he tied with. A tall and powerful No9, the Rostov-based 23-year-old looks set to be a pivotal figure as Uzbekistan seek to take the next step following several World Cup near-misses.

Technically proficient, athletic and strong in the air, Korea Republic centre-back Kim Minjae made the most of his international tournament debut, having missed Russia 2018 through injury. Minjae also proved his worth going forward in the Emirates, scoring the winner against Kyrgyz Republic and the deciding goal in the victory over China PR. Named the K League’s best young player in 2017, the 22-year-old seems set to be a fixture for the Taeguk Warriors for many years to come.