Islamic Republic of Iran got their 2018 FIFA World Cup Russia Group B campaign off to a roaring start after defeating Morocco 1-0, courtesy of an Aziz Bouhaddouz own goal on Friday.

Wasteful finishing looked to have consigned this compelling contest at the Saint Petersburg Stadium to a goalless draw but Bouhaddouz’s mistake in injury-time means Iran emerge as the early challengers to Spain and Portugal in Group B.

When Bouhaddouz nodded in at the near post, IR Iran’s substitutes could not resist rushing onto the field and when the final whistle blew moments later they were sprinting over again in delight.

Morocco should at least take heart from a blistering first half an hour, during which their zip and zest deemed them virtually unplayable. But Hakim Ziyach, Ayoub El Kaabi and Mehdi Benatia all failed to capitalise. 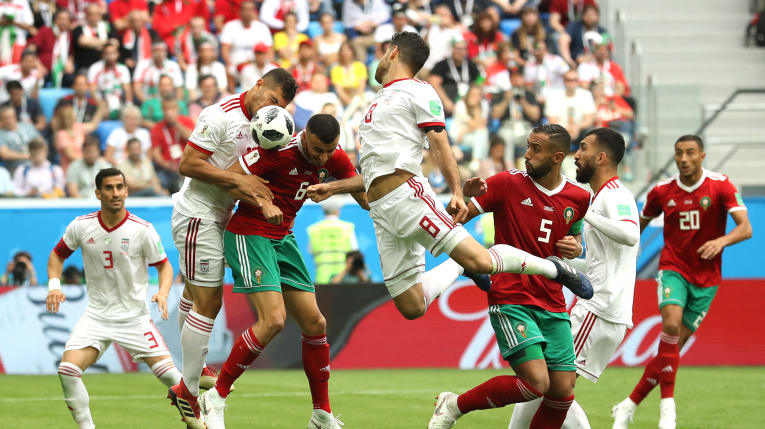 Instead, IR Iran showed the same grit that had frustrated Argentina for 91 minutes four years ago but while Lionel Messi was the difference that day, this time it was their turn to snatch a last-gasp winner.

Both teams had cause for optimism after IR Iran strolled through 18 games of Asian qualifying without defeat while Morocco were unbeaten too, with the added coup of not conceding a single goal.

Morocco’s fans, at a World Cup for the first time in 20 years, belted out their own national anthem and then applauded IR Iran’s, the 67,000-seater arena a sea of red and white, and buzzing with the hum of vuvuzelas in a throwback to the 2010 World Cup in South Africa. 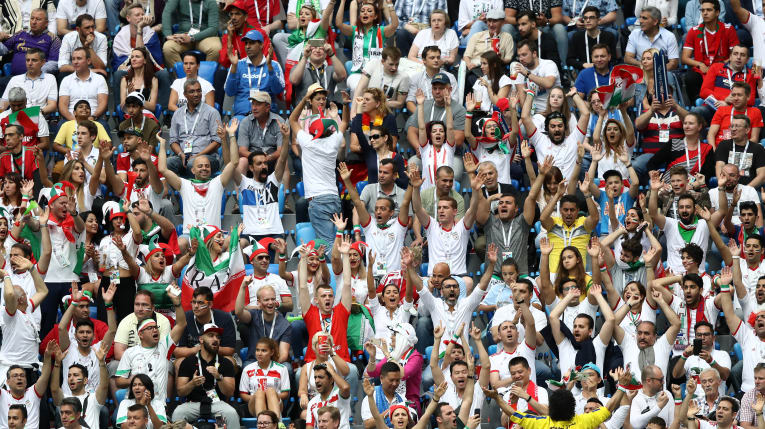 Morocco started brilliantly, hounding IR Iran’s every touch and swarming forward with such ferocity that on the line, head coach Carlos Queiroz spent most of the opening 20 minutes urging his players to pause, and take a breath.

The only surprise was Morocco were not ahead as Ziyach kicked the air from a well-worked corner, El Kaabi sliced wide and a penalty-box scramble saw shots from Younes Belhanda and Benatia blocked.

The onslaught finally eased after half an hour and by the interval IR Iran had not only survived but finished the stronger, Sardar Azmoun, the ‘Iranian Messi’, spurning a one-on-one after a scintillating break.

Perhaps tired from the first period or, more likely, reminded of their defensive duties during the interval, both teams were more cagey after the restart. 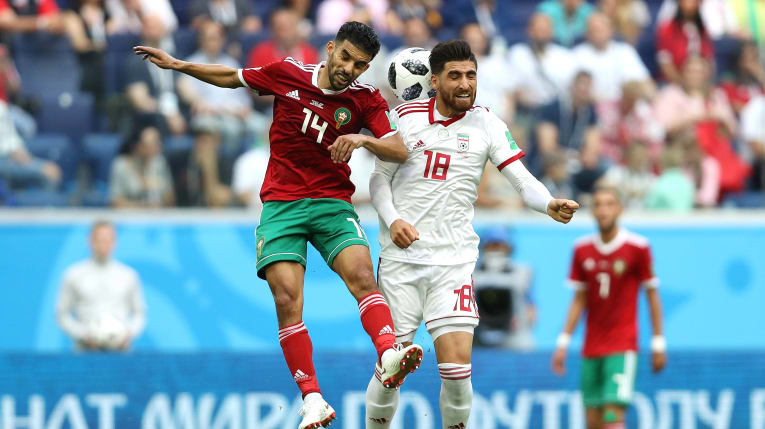 They each made substitutions as the game drifted past the hour and the closest it had come to a winner was when a fizzing Ziyach drive had to be tipped around the post by Ali Beiranvand.

IR Iran head coach Queiroz and his opposite number Herve Renard were involved in a touchline scuffle, that was quickly resolved, before the real drama arrived moments later.

Bouhaddouz could not see what was behind him when a whipped free-kick came in from the left and he panicked, diving to the ball and heading it inside his own near post.