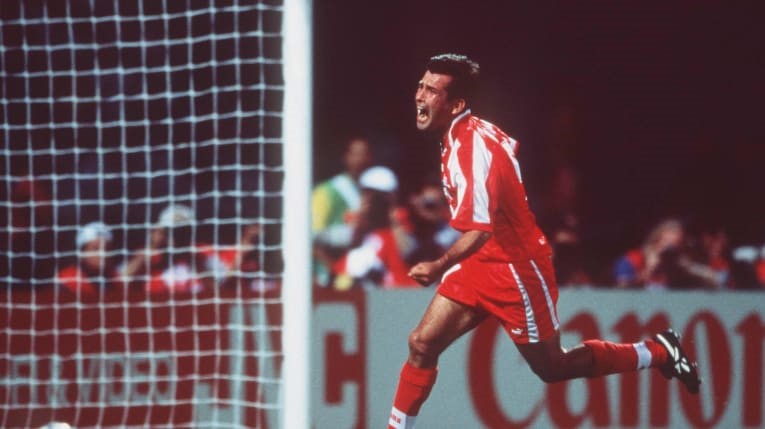 After qualifying for two consecutive editions of the FIFA World Cup for the first time in their history, Islamic Republic of Iran will aim to spring a major surprise in Russia, in a fiercely competitive Group B.

IR Iran are joined by 2010 FIFA World Cup winners Spain, 2016 European champions Portugal, as well as Morocco, who did not concede a single goal in six CAF qualifying group games. The Iranians will need to draw on past successes for inspiration, and we look back at their finest World Cup moments so far:

IR Iran qualified for the 1978 World Cup in Argentina after going unbeaten in their AFC qualifying campaign. They had failed to reach the tournament Finals in their first attempt four years earlier, but Ghafour Jahani’s solitary strike in a 1-0 win over Australia secured Team Melli’s World Cup berth with one match to spare.

Drawn into a difficult group containing Peru, the Netherlands, and Scotland, many believed that the Central Asians were simply there to make up the numbers. A 3-0 loss to eventual finalists Netherlands did not help matters, with Rob Rensenbrink storming to a hat-trick in the teams’ opening match. In their second game against Scotland, things went from bad to worse when Andranik Eskandarian bundled the ball past his own goalkeeper to give Scotland a first half lead.

Instead of letting their heads drop, IR Iran fought back and were eventually rewarded when Iraj Danaeifard skipped past Archie Gemmill and fired home from a narrow angle; the Iranians had finally scored in the World Cup. When the final whistle blew, there were jubilant celebrations, as Team Melli secured their first-ever point in a World Cup.

After a 1-0 defeat to Yugoslavia on Matchday One, IR Iran came into their tie against the United States knowing they needed a win to keep their qualification hopes alive.

An already-charged atmosphere ignited when Hamid Estili’s looping header over Kasey Keller gave his side the lead. Both teams then battled it out until the 83rd minute, when would-be Asian Footballer of the Year Mehdi Mahdavikia raced clear through on goal before firing past Keller to all but secure a win. 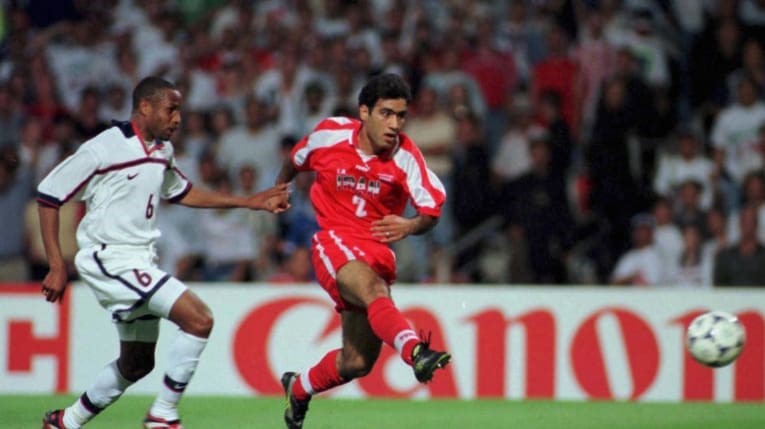 Brian McBride then proceeded to pull one back for the US via a scrappy goal to set up a tense final few minutes. In the end, IR Iran held out for their first World Cup win in five attempts. A 2-0 loss to Germany in their final Group F match saw Team Melli eliminated at the group stage yet again, but the night in Lyon will always be a fond memory for all Iranians.

Team Melli’s return to the FIFA World Cup after missing out on the 2010 edition saw them pitted against eventual runners-up Argentina as well as Nigeria and debutants Bosnia and Herzegovina. After a stalemate in Curutiba against the then reigning African champions, it was time to face Lionel Messi and co on Matchday Two.

Going into the match as the clear underdogs, Carlos Queiroz’s men were not fazed by the opposition, matching the Argentinians in every area of the pitch in the opening period. Jalal Hosseini’s header just above the crossbar was as close as either team got to breaking the deadlock before the break.

As Argentina piled on the pressure in the second half, IR Iran found opportunities on the break and Reza Ghoochannejhad came close to netting for Team Melli on two occasions, but was denied on both instances by goalkeeper Sergio Romero. At the other end of the pitch, the Albiceleste were growing frustrated as the clock pointed to the end of 90 minutes. Just then, it took a moment of individual brilliance from Messi to finally break the Iranians resilience and get a late winner for Argentina.

Despite the result, Team Melli’s spirited performance made headlines and the players departed the Estadio Meneirao with their heads held high. Argentina went on to top the group and reach the final while the point against Nigeria proved the final tally for IR Iran in 2014.