The AFC Asian Cup UAE 2019 will be the biggest and richest edition in the competition’s prestigious history and an event of this magnitude requires a distinct identity to match its stature.

The AFC Asian Cup logos have transformed in every edition to showcase the distinctiveness of its host nation and the diversity of the Asian culture.

The 1996 slogan depicted a rising nation from the West, showcasing the dynamism of the country’s three host cities – Abu Dhabi, Dubai and Al Ain as well as the unity of the Continent.

More than two decades later, the AFC Asian Cup UAE 2019 logo draws greater connection with the colours of the UAE flag, while incorporating the Arabic culture in its design.

Each colour in the UAE flag holds a significant meaning with red representing courage, bravery and strength while green stands for hope, joy and love. The colour white reflects peace, honesty and black holds the meaning of solidarity.

The connotations behind the colours are a true reflection of unity and strength of the 24 teams from Asia – the highest number of teams participating in the competition.

Perhaps the most intriguing in the competition’s proud history, the AFC Asian Cup in 2007 marked a significant milestone when four nations – Malaysia, Indonesia, Vietnam and Thailand – came together to host Asia’s crown jewel. To celebrate the landmark occasion, the logo was designed in a shape of a football with four distinctive coloured boxes for each host nation. 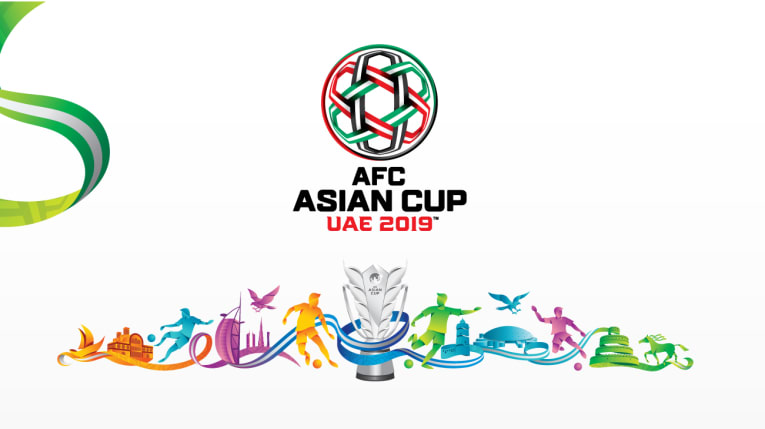 When the AFC Asian Cup travelled to Qatar in 2011, the logo was inspired by the country’s national symbol, the Oryx. The Asian theme was embodied through the circular shape that morphed into a sphere with a rising sun in the East and Qatar’s national colour of maroon in the West.

The 2015 AFC Asian Cup logo drew inspiration from the beautiful Australian summer which encapsulated the festive atmosphere of uniting Asia while evoking the sporting spirit and energy of football. A map of Australia was also created with dynamic golden bands representing the host cities of Sydney, Melbourne, Brisbane, Canberra and Newcastle.

Every AFC Asian Cup logo is creatively designed to give a lasting impact on partners and football fans around the world. As the months turn into days, and the excitement builds, the logo identity of the 17th edition is now taking its place as one of the most recognisable visuals among the UAE’s most iconic landmarks.