Uruguay will head to Russia for the World Cup with a win under their belt following Thursday’s victory in Montevideo.

Luis Suarez, Jose Maria Gimenez and Giorgian De Arrascaeta were on target as Uruguay completed their World Cup preparations with a 3-0 win over 10-man Uzbekistan. 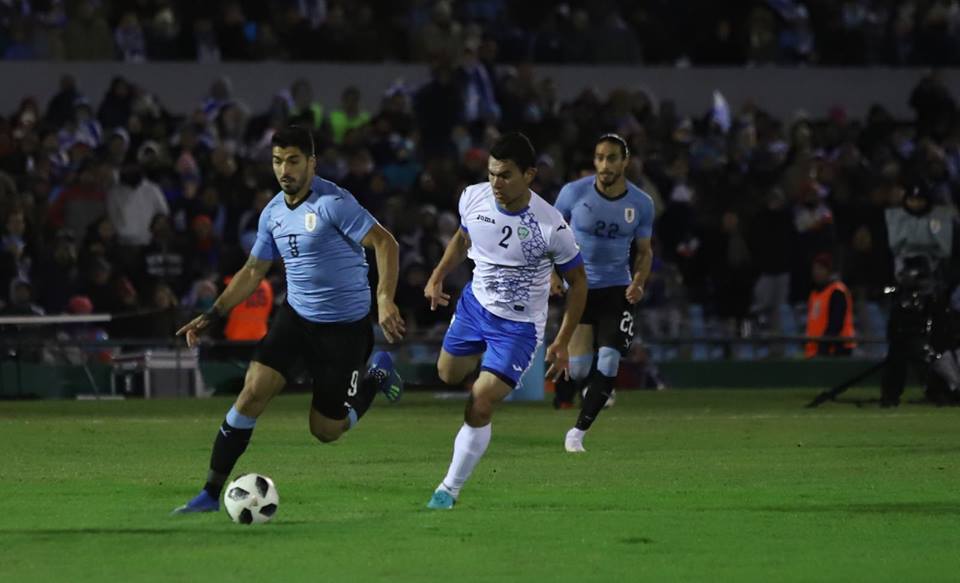 Estadio Centenario was a sea of blue for Uruguay’s one and only international fixture before the World Cup in Russia, where the South Americans will face Egypt, Saudi Arabia and the hosts in Group A.

Suarez, Gimenez and De Arrascaeta ensured two-time world champions Uruguay – who open their campaign against Egypt June 15 – farewelled Montevideo on a winning note courtesy of goals in either half Thursday.

De Arrascaeta put Uruguay ahead in the 32nd minute with a powerful effort from the centre of the penalty area after Edinson Cavani’s darting run down the flank and Suarez’s flick. 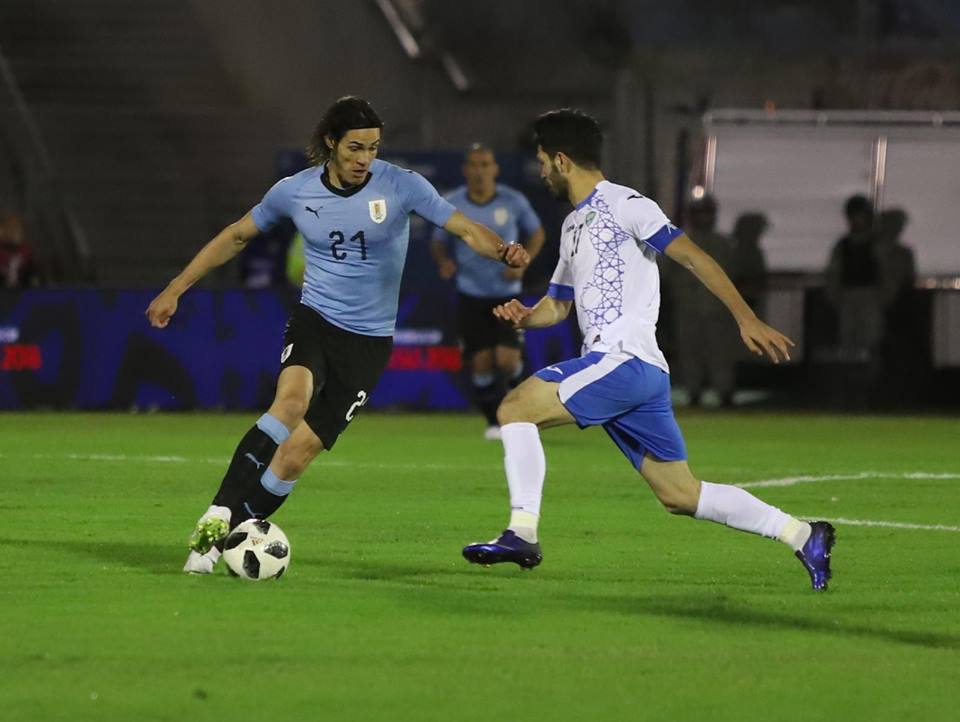 Barcelona star Suarez added a second via his 54th-minute penalty following a handball before defender Gimenez sealed the result with a header 17 minutes from the end, while Uzbekistan ended the match with 10 men after Akramjon Komilov’s red card for a high boot. 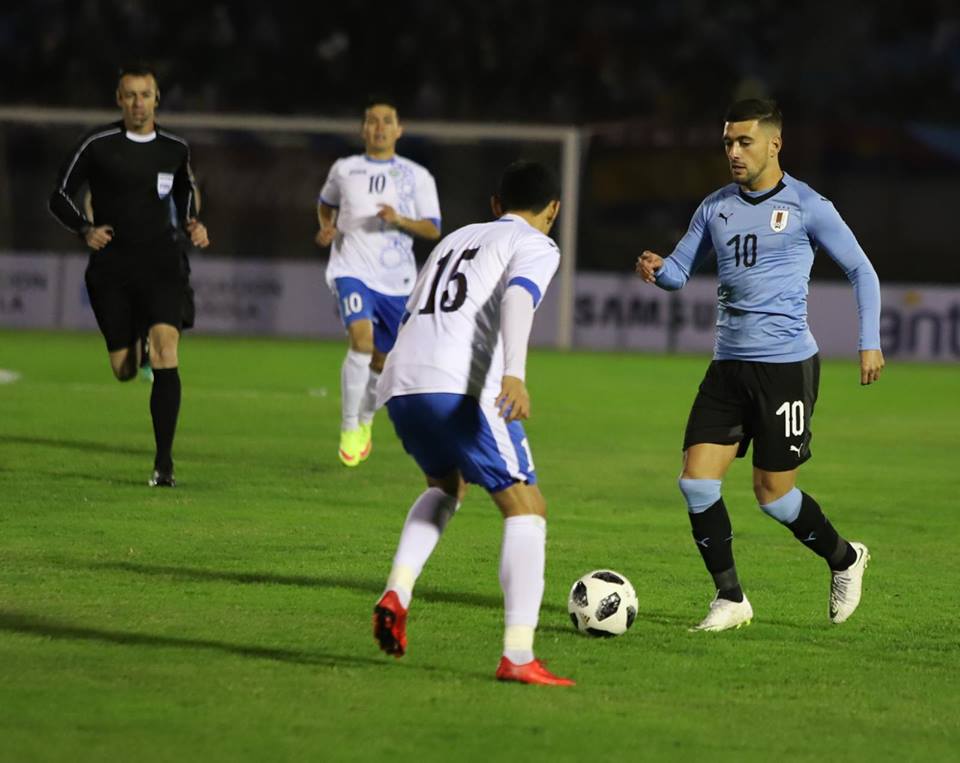 Uzbekistan came into the clash on the back of five matches without a win and they looked overawed early as Uruguay started on the front foot.

While they were the superior side during the opening exchanges, Uruguay never really threatened, and the visitors eventually grew into the game – Uzbekistan enjoying spells of possession in the opposing half.

Uruguay, however, eventually made the breakthrough thanks to De Arrascaeta just past the half-hour mark.

Eldorbek Suyunov rushed off his line to close down Cavani, who crossed the ball over the goalkeeper’s header, and a scramble saw Suarez flick the ball to De Arrascaeta to open the scoring with a thunderous volley.

Suyunov came off his line again in a nervy moment before half-time after a mistake in Uzbekistan’s defence and he was lucky not to make contact with Suarez inside the penalty area as Uruguay were unable to capitalise.

Uruguay gave themselves some breathing space eight minutes into the second half when Rustamjon Ashurmatov was penalised for a handball inside the box.

Suarez stepped up and coolly converted the penalty, sending the keeper the wrong way for his 51st goal in 98 international appearances.

Uzbekistan crumbled during the closing stages – Komilov shown a straight red card for a high boot on Sanchez with 11 minutes remaining.