“This is my second visit to the Kyrgyz Republic in the last three years and the progress football has made is very visible,” said Shaikh Salman, referring to his visit in November 2015 when he inaugurated two mini-pitches constructed under the popular AFC President’s Infrastructure Initiative.

“I am proud that the FFKR is one of the more proactive Member Associations and the country’s recent rise in the FIFA rankings indicates the good work done by the federation under the leadership of President Sultanov,” the AFC President added.

“I have no doubt that the FFKR will join the top teams of Asia and their qualification for their first-ever AFC Asian Cup stands testimony to their perseverance and determination. I hope the team performs well in UAE 2019.” 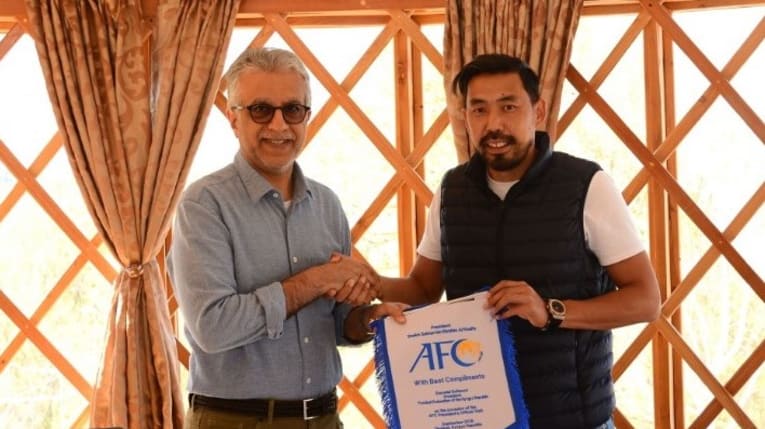 FFKR President Sultanov thanked the AFC President for the support provided to the FFKR.

“We are very thankful to President Shaikh Salman and the AFC Management for guiding us and helping us improve,” said Sultanov.

“The FFKR is committed to football development and with the AFC President’s great interest in our game we can progress further on and off the field,” he added.

Kyrgyz Republic were 134th in the FIFA Ranking in March 2017, before improving to 91st in the latest table and are drawn alongside fellow debutants the Philippines and powerhouses Korea Republic in Group C as well as China PR – their opening match opponents on January 7, 2019 at the Sheikh Khalifa International Stadium in Al Ain.

The AFC is assisting the FFKR to establish a sustainable commercial platform with the objective of attracting potential sponsors for football in the country to reach new heights.