Altyn Asyr cruised to a 5-2 aggregate win over JSW Bengaluru in the AFC Cup Inter-Zone semi-final, with a 2-0 victory in the second leg on Wednesday.

The Turkmenistan side now face 4.25 SC of DPR Korea in the Inter-Zone final, having eased to victory over the Indian Super League side.

Annadurdyyev does the damage again

Altymyrat Annadurdyyev followed up an impressive outing in the first leg with another excellent performance as he proved the biggest difference between the two sides.

The playmaker not only netted his eighth goal of the tournament with an outstanding strike early in the second half, but he also provided four key passes and had four efforts on goal in addition to the one he scored. 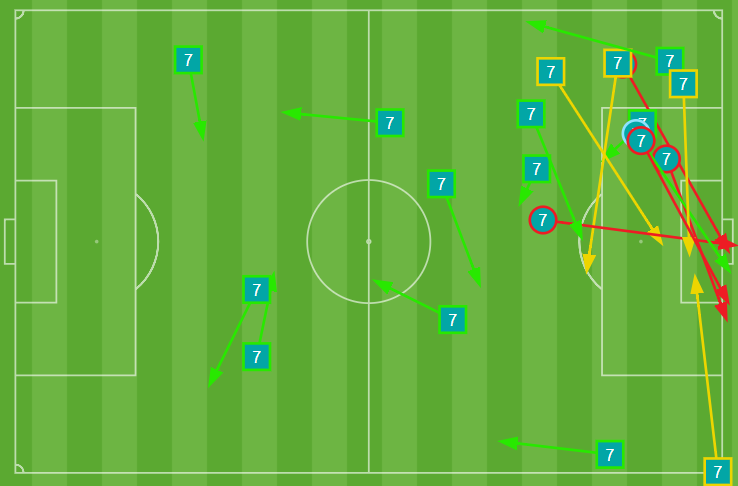 The graphic displaying Annadurdyyev’s successful passes in addition to the key passes and attempts on goal demonstrates a willingness to work all over the pitch.

Having also scored and provided an assist in last week’s first leg in India, this really has been Annadurdyyev’s semi-final.

The Indian Super League side needed to attack their opponents in order to have a chance of turning around the tie and, as the graphic shows, they had plenty of possession and play in the final third. 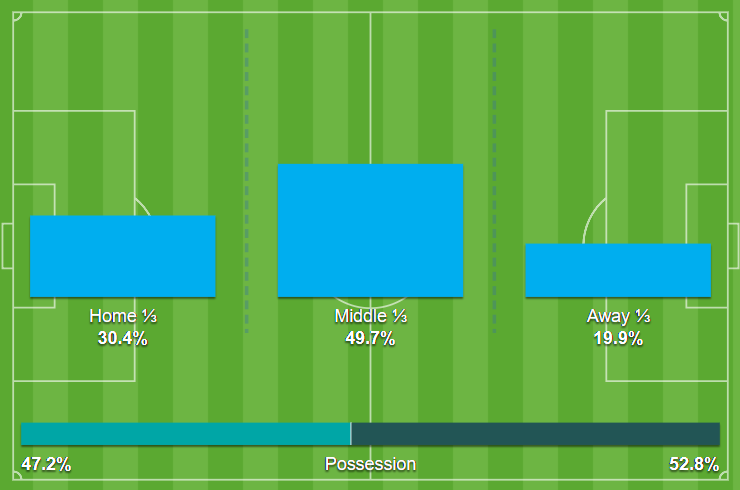 However, rarely did the visitors look like scoring. Their attacking statistics did not vary wildly from their opponents, having had a similar number of efforts on goal, but they lacked the clinical finishing of the side from Turkmenistan.

It took until the 83rd minute for India’s all-time top scorer Sunil Chhetri to show his quality as he surged through the defence and saw his shot pushed onto the post. But this was too little, too late as the Turkmen were already leading 2-0.

Altyn Asyr get their shape right

With a one-goal lead to defend from the first leg, the onus was on Bengalaru to attack and the home side seemed quite comfortable with that.

They knew the danger posed by the visitors’ strike force of Chhetri and Miku and sat deep to ensure they didn’t leave themselves open. This may have invited some pressure but they dealt comfortably with most of the possession Bengalaru had in the final third.

The graphic above demonstrates how the home defence was usually sitting in behind the visiting strikers, while they also used the width of the pitch to create space and launch counter attacks. The average playing positions of Bengalaru (dark blue) suggest a lack of width may have contributed to the difficulty they had in creating chances.