41 Member Associations across Asia celebrated the AFC Grassroots Football Day throughout the month of May and the-AFC.com tracks what each country undertook to spread the joy of the game.

The Afghanistan Football Federation (AFF) Stadium in Kabul welcomed over 200 children to celebrate the AFC Grassroots Football Day. A tremendous amount of effort and preparation took place a day before to rehearse for the event.

A total 35 local coaches participated in the celebration. They had also attended and passed a two-day workshop the previous day, which was conducted by AFF Grassroots Committee member Mujtaba Faiz. 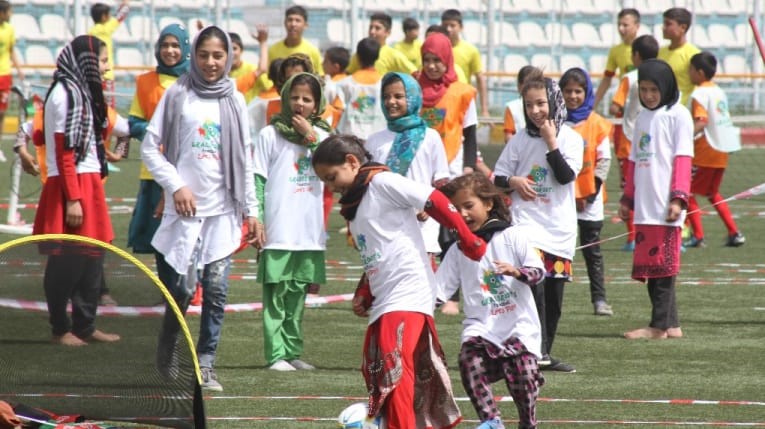 A total 120 children from two schools in the Kandal Province in Cambodia participated in the AFC Grassroots Football Day at the Kandal Stadium on May 15. Activities were held across the stadium, where eight groups of 15 children each were divided into four small-sided pitches.

Each pitch had a different practical session, and the children were given the opportunity to try out dribbling, shooting and passing drills. They also had a chance to play in 6v6 and 7v7 games to test out the skills which they had learnt.

Each child left the stadium exhausted but smiling ear to ear. After the dust had settled, Football Federation of Cambodia supplied each school with 15 balls in the hopes of cultivating football activity at the schools. 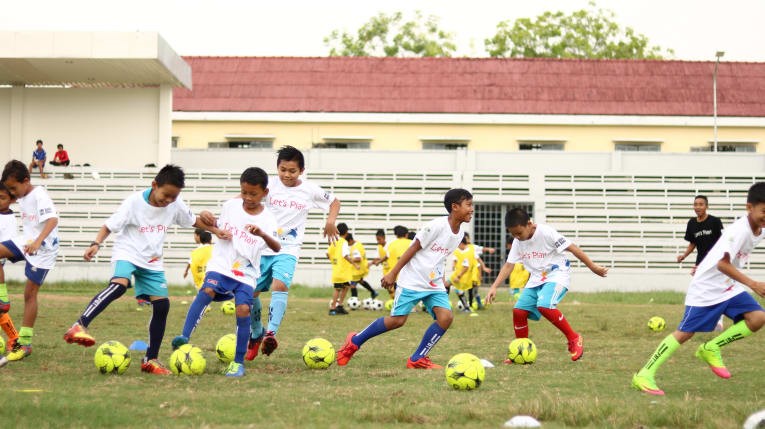 On May 12, Fukuda Denshi Field in Chiba Prefecture in Japan was a sight to be seen, as Japan Football Association (JFA) held a ‘Walking Football Festival’ in conjunction with the AFC Grassroots Football Day.

It was truly a community event as the age of the 320 participants ranged from three to 81. Walking football shares the same rules as regular football but prohibits running, which meant it welcomed anyone to join in, regardless of generation, gender, physical abilities and experience. 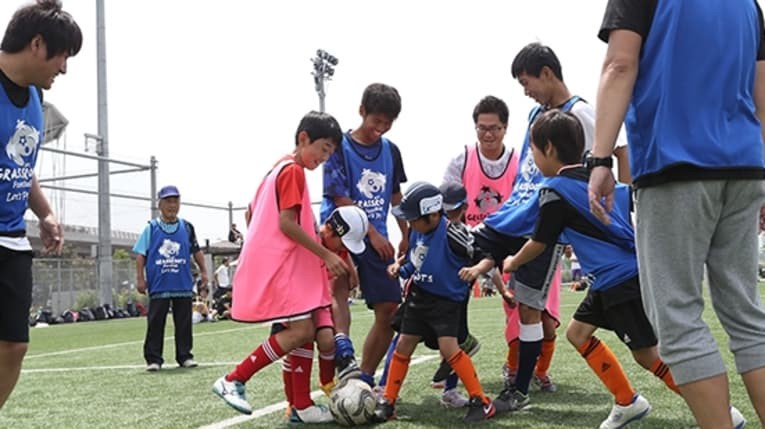 Kuwait Football Association (KFA) took a step forward in grassroots development, as they joined the Continental celebration by introducing a grassroots festival. Overseen by KFA Technical Director Dr. Ahmad Abdulhameed Alhamdan, they invited more than 375 participants from 16 academies, who took part in the day’s activities, successfully spreading the jovial spirit. 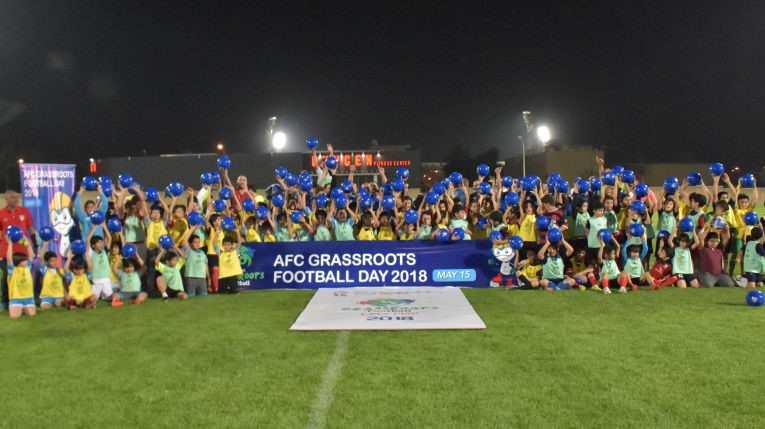 Football Association of Malaysia organised a variety of activities for their AFC Grassroots Football Day on May 12 which garnered a huge turnout – with 260 participants, boys and girls aged six to 10 years old, at the Wisma FAM field. 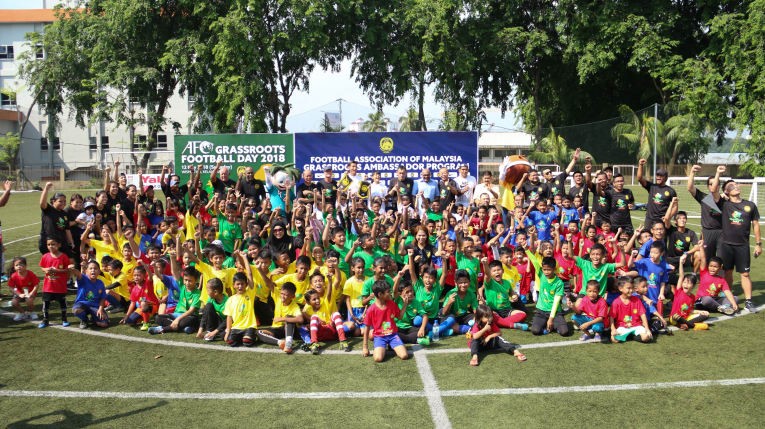 A total of 250 children and 25 volunteers participated in the Grassroots Coach Educators Coaching Course organised by the Football Association of Maldives (FAM).

Following the success of last year’s initiative, FAM conducted the five-day carnival with the aim of developing coaches at the grassroots level.

The course began with theory and practical sessions, and ended with a festival on the last day. 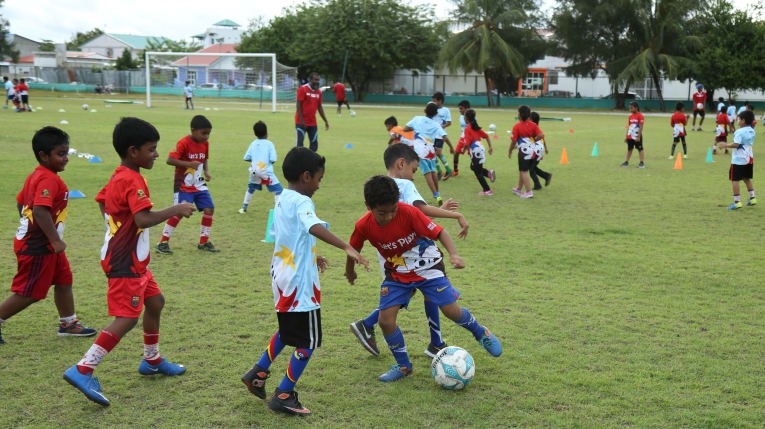 The All Nepal Football Association (ANFA) conducted football drills and organised fun football activities to mark their AFC Grassroots Football Day on May 15.

About 250 children between the ages of eight and 10 years from 18 different schools participated in various activities.

ANFA had eight different stations where the children were taught different techniques by qualified grassroots coaches.

In addition, Nepal football players took an active role in the programme as they motivated the boys and girls during the fun-filled activities. Prizes were given to the 10 outstanding players who were selected by an expert panel of coaches. 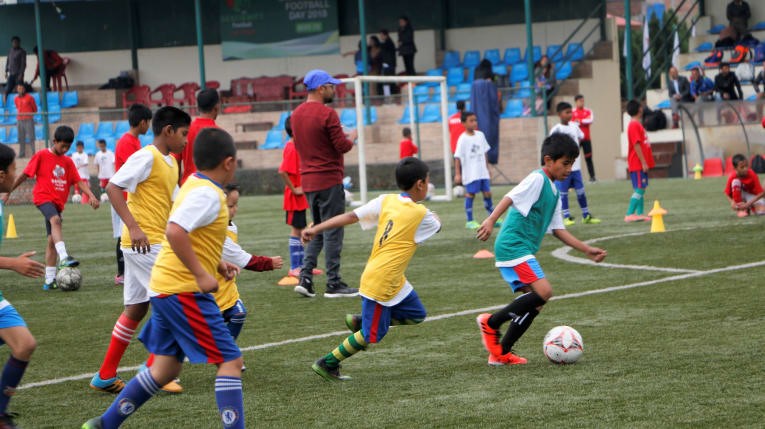 The Northern Mariana Islands Football Association (NMIFA) were overwhelmed by the huge turnout at their AFC Grassroots Football Day, held on May 21 at the Oleai Sports Complex Field.

A total of 96 children starting from the age of six participated — learning the basics of football while having fun at the event.

NMIFA president Jerry Tan vowed to keep holding grassroots events to continue their commitment to develop a sustainable grassroots programme to get more children enrolled in the sport. 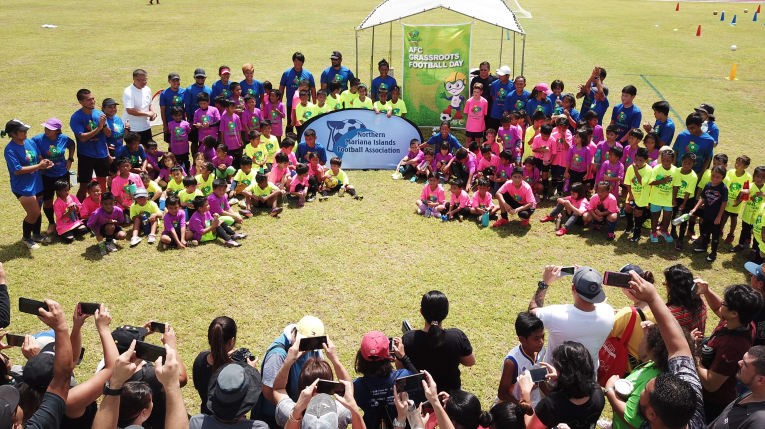 Over 700 boys and girls of all ages and abilities celebrated the AFC Grassroots Football Day 2018, which was held at the world-renowned Aspire Academy in Qatar. Seven football clubs, including this year’s AFC Champions League quarter-finalists Al Duhail, participated in five-a-side tournaments across four age groups from U-9 to U-12, under the watchful guidance of nearly 30 coaches and technical advisers from the Qatar Football Association (QFA).

The QFA, who recently solidified a Memorandum of Understanding with the English Football Association, shared expertise on grassroots development, amongst others, concluded the landmark occasion event with a prize giving ceremony which was made more memorable by the appearance of several icons and stars from the respective clubs. 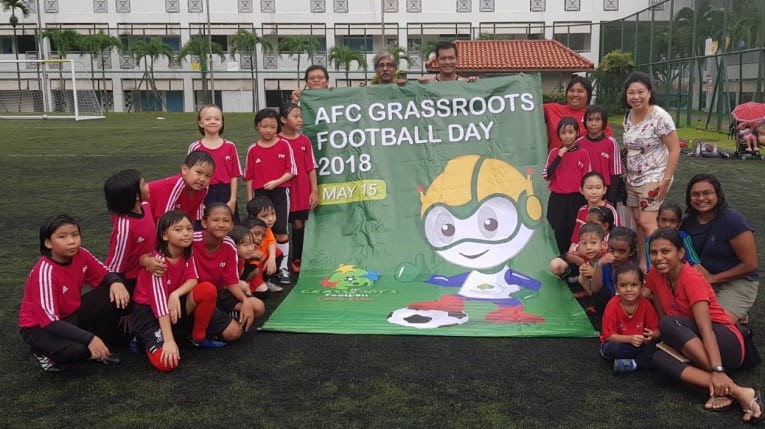 The Football Association of Singapore (FAS) organised a wide range of community activities over 10 days from May 11 to 20, as part of the celebrations for this year’s AFC Grassroots Football Day.

From the quarterly FIFA Live Your Goals (LYG) festival, to a five-a-side mini-tournament for boys aged between 10 and 12 and a football festival for the Under (U)-8, U-10, and U-12 age categories, the winners of the 2017 AFC President Recognition Award (Developing) for Grassroots Football reinforced their commitment to coaching development through the FAS Grassroots Coaching Course with the aim to expand the base of football coaches.

Singapore Premier League (SPL) clubs were also in on the action, activating several pre-match activities including a series of friendly matches comprising teams of both fathers and their children. 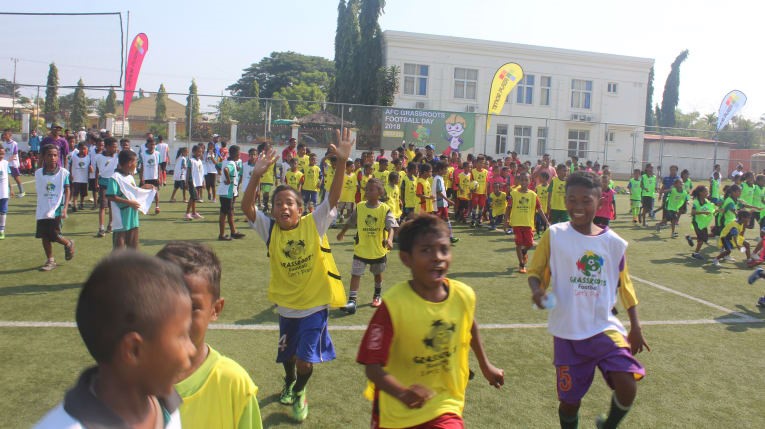 The Federação Futebol Timor-Leste (FFTL) marked their second year of participation in the AFC Grassroots Football Day by bringing together 250 boys and girls from the capital of Dili at Campo Democracia over three days.

Inspired by the success of this year’s grassroots festival, the FFTL has not only set its sights on participating again next year, but has targeted a significant participation increase through extensive expansion plans across the country. 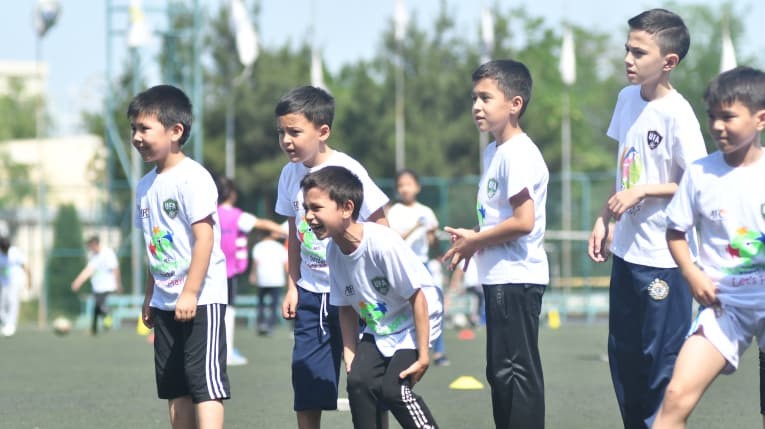 True to the spirit of partnership, the Uzbekistan Football Federation (UFF) organised the AFC Grassroots Football Day along with the Ministry of Education’s Children’s Sports Development Foundation.

More than 200 boys and girls, aged from eight to 12, from schools in Tashkent took part in the festival. Participants were put through their paces and were given the opportunity to develop their skill sets and technical capabilities through various innovative contests.

Taking the competitive element up a notch, several small sided matches were introduced as participants gleaned insights from instructors on the technical elements of football. The festival ended on a high as participants were rewarded with a certificate for their commitment and hard-work.