Ravshan Irmatov was handed the refereeing responsibility for the 2018 FIFA World Cup Group D tie between Argentina and Croatia at the Nizhny Novgorod Stadium in Moscow on Thursday.

The highly decorated Uzbek, participating in his third World Cup, was assisted by compatriots Abdukhamidullo Rasulov and Jakongir Saidov with Tahitian Norbert Hauata the fourth official and Bertrand Brial from New Caledonia the fifth official.

At the age of 32, Irmatov was the youngest referee at the 2010 FIFA World Cup in South Africa, a moment the Uzbek regards as one of the main highlights of his career. Proving his mettle among the world’s best in his maiden tournament, Irmatov tied the all-time record for most games refereed during a single World Cup with five games. 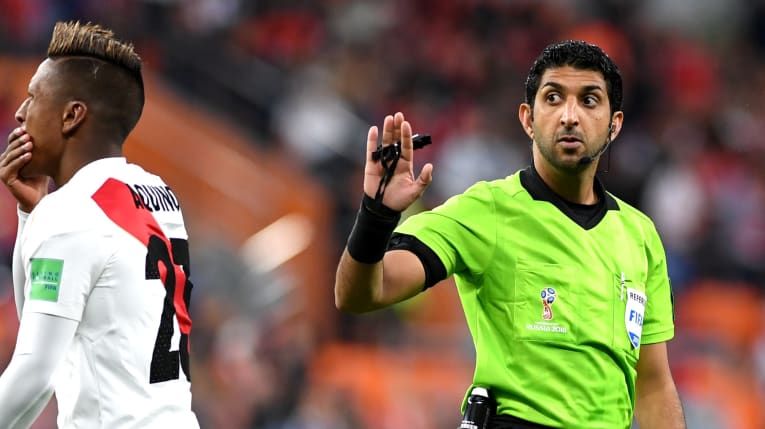 The Emirati, who made his maiden World Cup Finals appearance following his outing in the 2018 qualifiers, was assisted by compatriots Mohamed Alhammadi and Hasan A​lmahri with Zambian fourth official Janny Sikazwe alongside Angola’s Jerson dos Santos, the fifth official.

Abdulla began his career in 2000, eventually earning his FIFA badge in 2010. His rise in the sport has seen him become a mainstay in the AFC Champions League.

The Emirati earned his first break in the 2011 AFC Cup between TSW Pegasus and Song Lam Nghe An and has not looked back since, emerging as one of the top referees in the region.