Altyn Asyr’s upcoming appearance in the AFC Cup Inter-Zone Semi-finals marks the first time a side from Turkmenistan has reached the competition’s knockout rounds, having also done so with an unbeaten record.

The Ashgabat-based club were crowned Central Asia Zonal champions after Mihail Titow’s 97th-minute goal in May ousted Tajikistan’s FC Istiklol to book a date with India’s JSW Bengaluru, who Istiklol eliminated in last year’s competition en route to their second appearance in the final.

With Central Asian sides having been represented in the AFC Cup in every edition but one since the inaugural tournament in 2004, the-AFC.com looks back at how its sides have performed over the years as Altyn Asyr look to continue the region’s recent upward trajectory.

Turkmenistan’s Nisa Ashgabat and Nebitci Balkanabat were Central Asia’s first sides to appear in the competition, but exited at the 2004 group stage. The country was the region’s sole representative in the next three editions, but no team was able to progress beyond the first round.

Uzbek clubs joined the fray in 2009, when Neftchi Farg’ona reached the quarter-finals, before Nasaf advanced to the last 16 the following year. Twelve months on, the Qarshi side would enjoy their finest hour as they broke the West Asian stranglehold on the trophy. 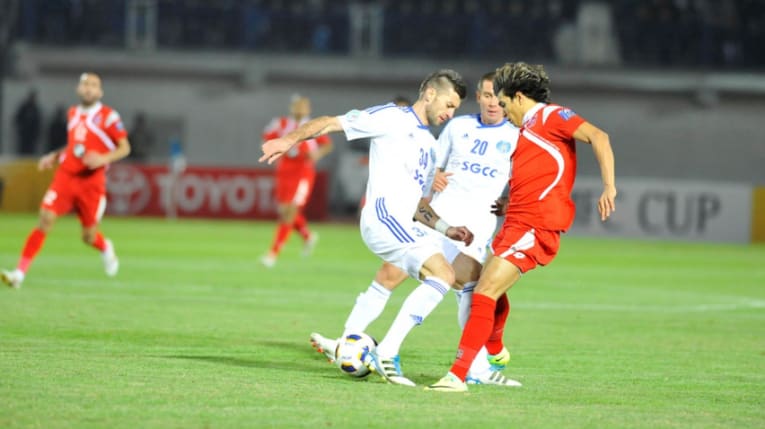 After topping their group with maximum points, Nasaf ousted two-time champions Al Faisaly of Jordan in the Round of 16, before overcoming Thailand’s Chonburi. Another Jordanian side, Al Wehdat, fell in the semi-finals, but the formidable force of Kuwait SC awaited in the final.

The Kuwaitis won the title in 2009, but Nasaf had home advantage and, roared on by almost 16,000 fans, ran out 2-1 winners following second-half goals from Ilkhom Shomurodov and Andrejs Pereplotkins to become the first and, to date, only champions from Central Asia.

There were debuts for Tajikistan (Ravshan Kulob and Regar Tadaz) in 2013 and Kyrgyz Republic (FC Alay) in 2014, although they failed to win a game. So little was expected when Dushanbe club Istiklol made their bow in 2015, especially as they were drawn alongside both 2014 finalists, holders Qadsia SC of Kuwait and Iraq’s Arbil.

Istiklol opened with defeat to Arbil but, boasting a side replete with Tajik internationals, bounced back superbly, posting a shock 2-0 win over Qadsia on Matchday Four. Suddenly knockout stage qualification was on the cards, and progression was secured with a 5-2 victory against Ahal. 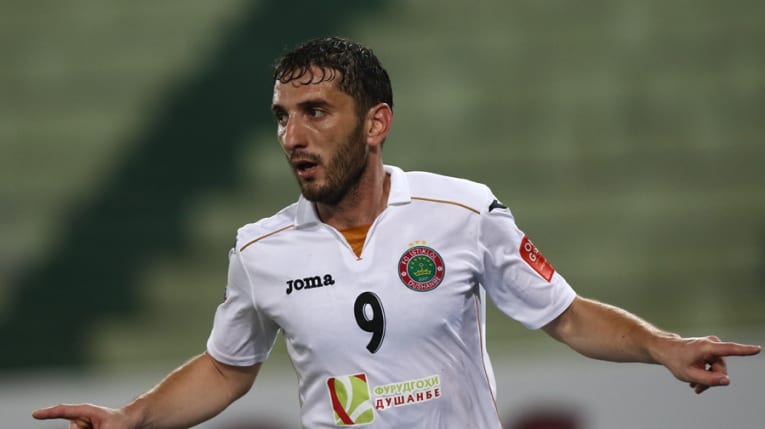 The Tajik team edged past Syria’s Al Wahda on penalties in the last 16 but had few problems disposing of Malaysia’s Pahang in the quarter-finals. Then, when three-time champions Kuwait SC were expelled from the competition, Istiklol found themselves in the final at the first attempt.

But the dream would end in front of a packed Pamir Stadium in Dushanbe when Leandro Velazquez scored the only goal of the game as Malaysia’s Johor Darul Ta’zim became just the second side from outside West Asia to get their hands on the trophy.

The 2015 runners-up endured a winless campaign in 2016, exiting at the group stage, while Altyn Asyr made their continental debut but were also eliminated at the first hurdle. A new zonal format the following year would mark the beginning of a rivalry between the clubs.

Paired in the same group – alongside Kyrgy Republic sides Dordoi FC and FC Alay – Istiklol and Alytn Asyr won four and drew one to set up a winner-takes-all clash in Dushanbe. And it was Istiklol who advanced after Dilshod Vasiev’s injury-time winner in a 1-0 victory. 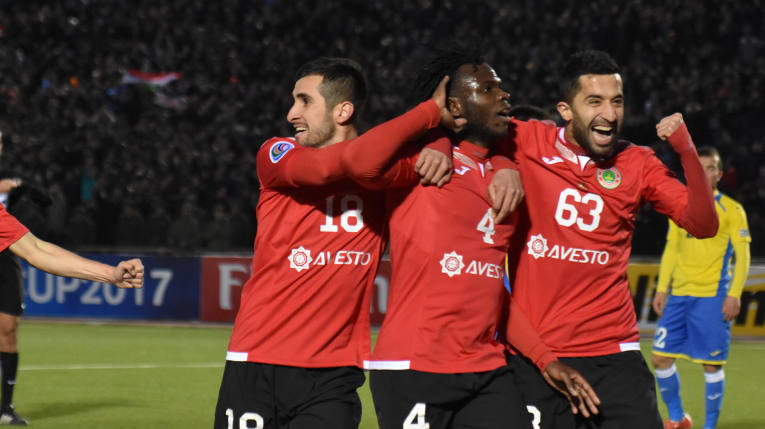 Istiklol then disposed of the Philippines’ Ceres Negros in the Inter-Zone semi-finals, before a 1-0 home win over Bengaluru set up a tense second leg in southern India. Nuriddin Davronov’s early penalty calmed any nerves and, with the hosts down to 10 men, Istiklol secured a 2-2 draw and a place in their second final in three years.

But, up against defending champions Air Force Club, history would repeat itself as, again in front of home support, Istiklol went down 1-0. Emad Mohsin netted the only goal of the game midway through the second half to silence the 20,000 spectators inside Hisor Stadium as the Iraqi side wrapped up back-to-back titles.

Back for the third time in four years, Altyn Asyr began their 2018 campaign with a resounding 6-3 win against Alay, before producing a stunning comeback as Myrat Yagsyyew and Altymyrat Annadurdyyew scored at the death to claim an invaluable 2-2 draw with Istiklol.

Two wins and a draw – including four points against domestic rivals FC Ahal – from their next three matches meant they went into their final Group D game level on points with Istiklol, but needing to win in Tajikistan to progress.

In the most remarkable of matches, Altyn Asyr took a two-goal lead into the interval, but Istiklol levelled from the spot in the 91st minute to seemingly send the hosts through. But deep into added time there was one final twist as Titow stabbed home to spark joyous scenes among the visitors and avenge the defeat of a year earlier.

South Asia Zonal champions Bengaluru lie in wait in the first leg of the Inter-Zone semi-final on Wednesday as Altyn Asyr travel to southern India looking to establish themselves the latest Central Asian force to be reckoned with in the AFC Cup.