Boosted by a turnout of fans at their open training session in Moscow, Islamic Republic of Iran are raring to get their 2018 FIFA World Cup Russia campaign started.

Having been the first team to arrive for Russia 2018, IR Iran underwent a one-hour open session at the Strogino Stadium on Saturday and the presence of the fans has motivated Carlos Queiroz’s squad even more as they await their first Group B match against Morocco on June 15.

«I am glad to see the supporters around. It really gives us energy. I am sure our fans’ support will be an advantage for us in the World Cup,» said midfielder Vahid Amiri.

IR Iran will need their fans as they are braced for a tough group stage for after the Morocco tie, they face 2010 FIFA World Cup winners Spain on June 20 before completing the group stage against reigning European champions Portugal five days later.

The team, however, are focused on the opening match as three points against Morocco will be the perfect start in Team Melli’s bid to advance to the knockout stage for the first time in their fifth appearance at the FIFA World Cup.

«We are doing our best to win the first match against Morocco. Our focus is only on our first fixture at the moment,» said defender Roozbeh Cheshmi. 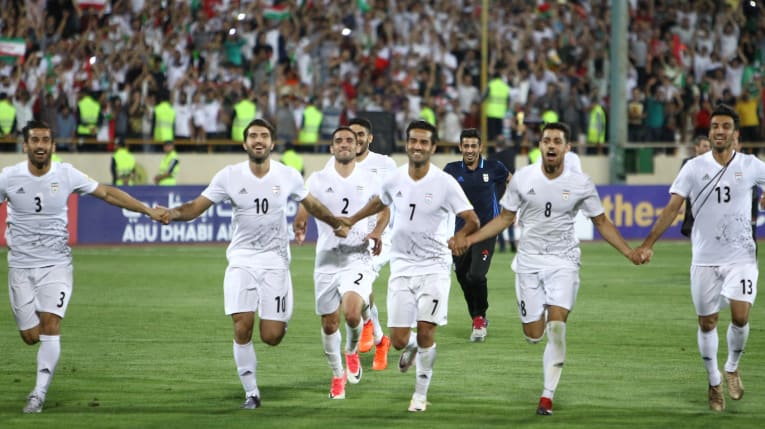 IR Iran received a boost after defeating Lithuania 1-0 in their final friendly match on Friday, with Karim Ansarifard scoring the winner.

They play Morocco in Nizhny Novgorod and then travel to Kazan for the clash against Spain, before concluding their group stage matches against Portugal in Saransk.