Defending champions Uzbekistan were among the 16 countries that booked their places in the AFC U23 Championship Thailand 2020 after an intense qualifying round which ended on Tuesday.

The Central Asians topped Group F with a convincing 3-0 victory against India and drawing 0-0 with Tajikistan while the runners-up in the 2018 final Vietnam topped Group K, ahead of Thailand, who had already qualified as host of the competition.

And the 2016 champions Japan were undefeated in Group I where they recorded stunning victories over Macau (8-0), Timor Leste (6-0) and host Myanmar (7-0).

There is extra significance for the AFC U-23 Championships, which will take place from January 8 to 26, 2020, as the top three teams qualify for the 2020 Tokyo Olympics in July, although should Japan emerge as one of them, the fourth-placed side will advance.

Dato’ Windsor John, the Asian Football Confederation (AFC) General Secretary, congratulated the teams who made the AFC U23 Championship Thailand 2020.

He said: “On behalf of the AFC and our President, I would like to congratulate the 16 qualifying teams for the Finals. It is encouraging to see the quality in these young players who are destined to be the future stars of football in Asia.

“In the last edition, we witnessed an enthralling competition culminating in a memorable final between Uzbekistan and Vietnam. For both countries their investment in youth has paid off when their young stars helped their teams qualify for the AFC Asian Cup UAE 2019 knockout stages – Uzbekistan going to the Round of 16 while Vietnam’s brave charge ended in the quarter-final. 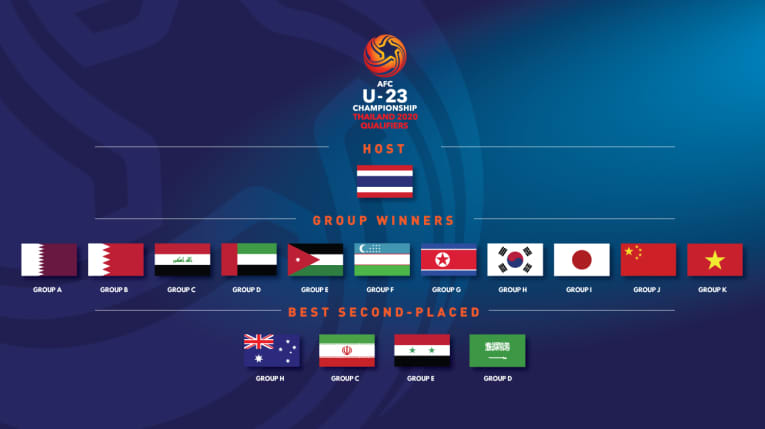 “The AFC is committed in helping our Member Associations deliver top level competitions in order to provide the perfect platform for these new talents to shine. The AFC U23 Championship is a great opportunity for these young stars to gain experience of playing in a high-level competition.

“I would also like to thank all the host Member Associations of the qualifying groups for their outstanding contribution to the tournament as well as the FA Thailand for staging the Finals next year.” 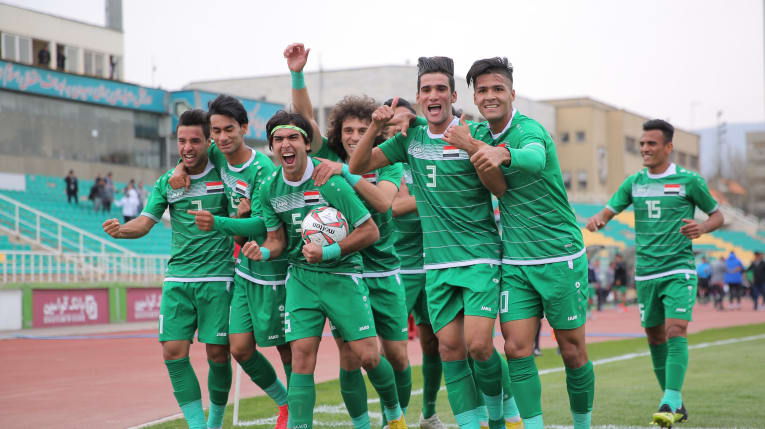 Iraq, who qualified for the Rio Olympics courtesy of finishing third in 2016, topped Group C ahead of host Islamic Republic of Iran, who also earned a spot in the Finals as one of the best second placed teams.

Qatar, hosts and fourth in 2016 and third in the 2018 edition, ended their campaign in first place in Group A and will be joined by Group B winners Bahrain in the Finals. The United Arab Emirates (UAE) took top spot in Group D along with second placed Saudi Arabia, who qualified as one of the four best runner-up teams. 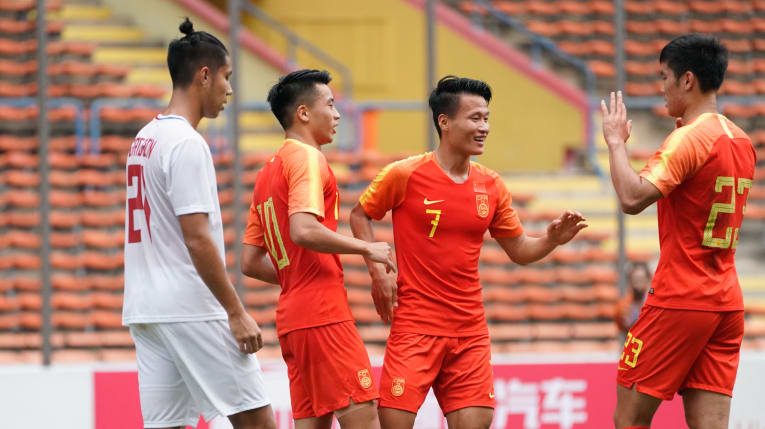 Jordan and Syria, the first and second placed teams respectively in Group E which was played in Kuwait, also make their way to the Finals in 2020.

Meanwhile in Group J, China PR edged host Malaysia to top spot after both sides shared the honours in an exciting 2-2 draw.