Islamic Republic of Iran moved up one spot to 21st in the latest FIFA Ranking released on Thursday.

Saudi Arabia and China PR both dropped two rungs to 72nd and 74th to stay as Asia’s top seven and eight ranked teams.

Iraq, who earned victories over Syria and Jordan during the international break, moved up four spots to 76th, with the Qasioun Eagles rounding up the top 10 at 83rd.

Singapore were Asia’s biggest mover, climbing to 160th after finishing second at the Airmarine Cup — an international friendly tournament — where Oman emerged victorious, as the West Asians climbed four spots to 86th.

Bangladesh were also among one of the best performers, rising four spots to 188th spot.

Bangladesh are among the teams who will play in the first round of the 2022 FIFA World Cup Qualifiers.

Malaysia, Cambodia, Macau, Laos, Bhutan, Mongolia, Guam, Brunei Darussalam, Timor-Leste, Pakistan and Sri Lanka are the other teams who will play in first round of the Qualifiers. 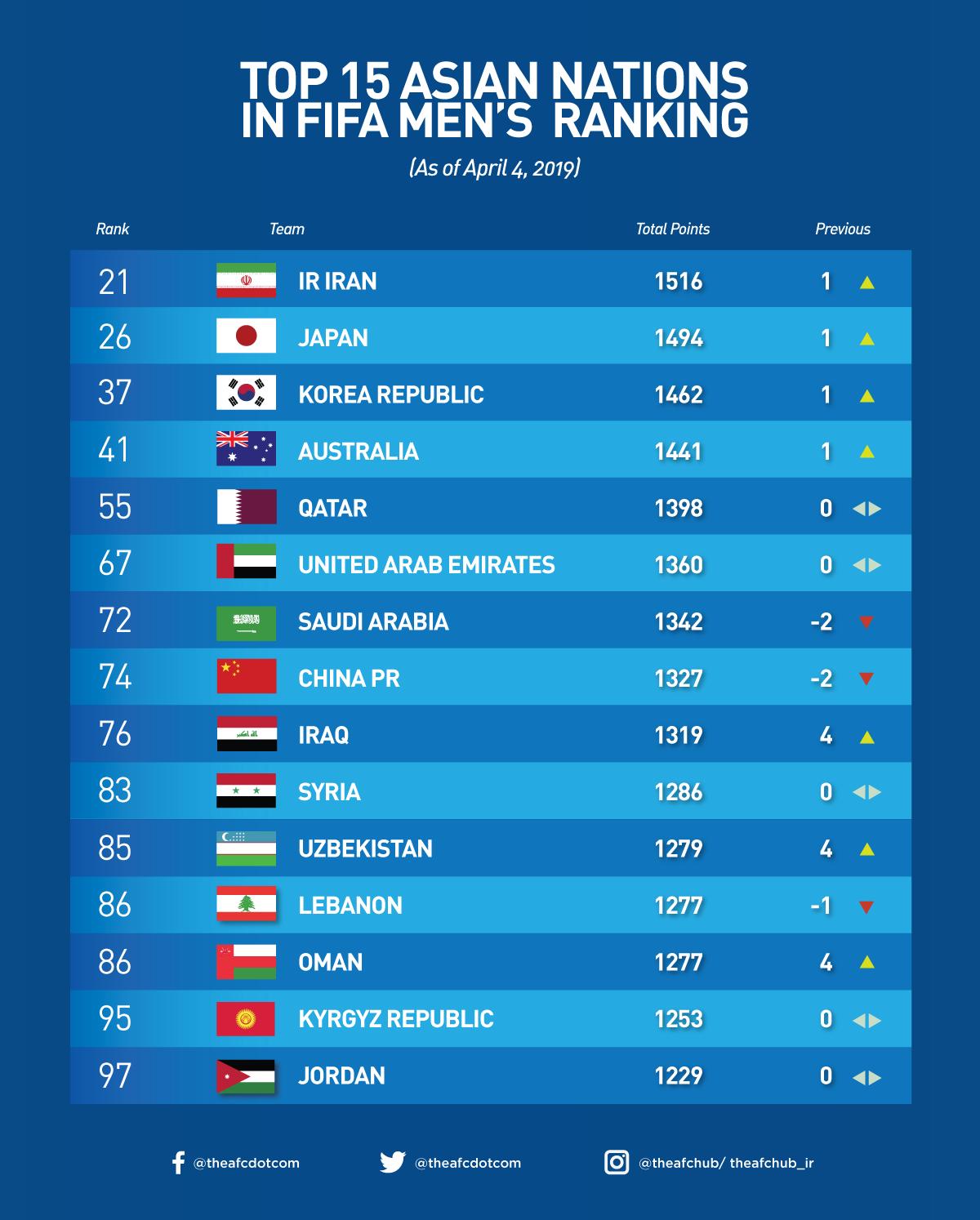