IRAN YOUTH TEAM – THE WINNER OF CAFA U16 CHAMPIONSHIP 2022 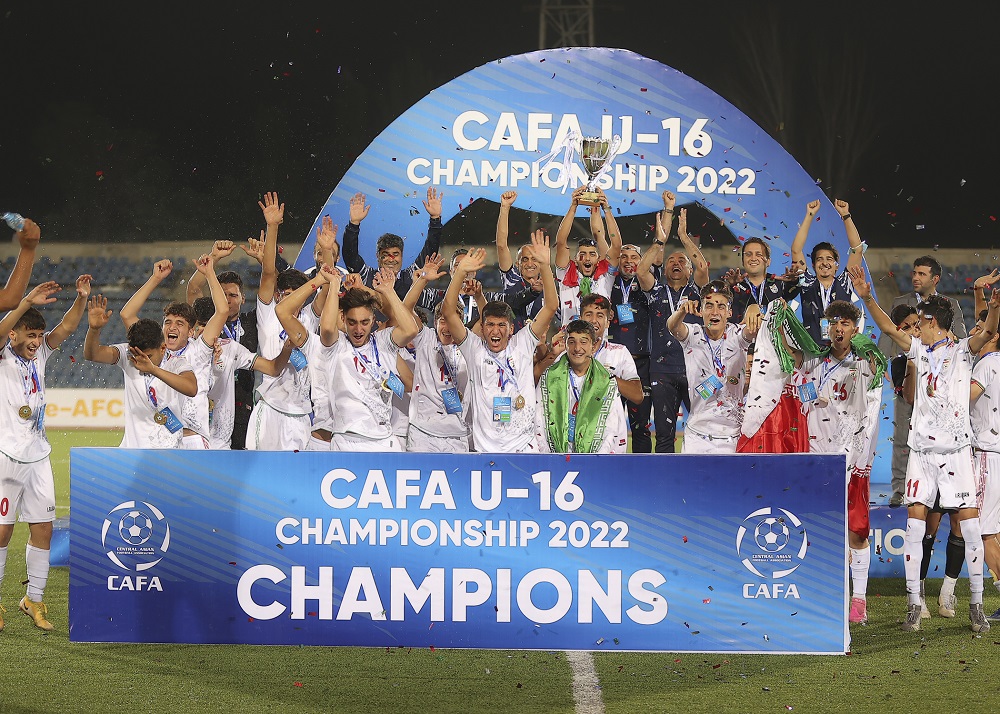 The Youth tournament has completed with success in the host city Dushanbe,Tajikistan. Iran National team won the title edging Uzbekistan out on goal difference after a stunning finale at Republican Central Stadium.

In the final round of the championship, the youth team of Tajikistan, led by the head coach Zainiddin Rakhimov, lost to the Iranian team with a score of 0:7.

In another match of the Match day 5, the national team of Uzbekistan prevailed over the team of Kyrgyzstan — 3:2.

As a final results of the tournament, two teams at once — Iran and Uzbekistan have reached the same number of points — 10 each. However, due to the best goal difference, the youth team of Iran became the winner of the CAFA-2022 championship while Uzbekistan took second and the team of Tajikistan reached the top three with four points.

U16  Championship is the fourth competition in 2022 year, which took place from 13 to 20 May. Uzbekistan, Kyrgyz Republic, Islamic Republic, Afghanistan and Tajikistan national teams have participated in the round-robin event.

Head Coach of Uzbekistan National team Mr. JAMOLIDDIN RAKHMATULLAEV: “I really liked this tournament from an organizational point of view and from a development point of view. Especially after the pandemic, we really need such international level tournaments”

Head Coach of Kyrgyz Republic National team Mr. SAMAT SUIMALIEV: “This tournament showed us what to work on and move on, and secondly, absolutely all the players received invaluable experience and excellent preparation for the Asian Championship qualifying round. I also want to express my gratitude to Сentral Asian Football Association for the invitation and for organization of such a tournament where very competitive teams played”