Hamid Ismaeil has sung the praises of Xavi Hernandez after the Al Sadd captain scored twice in an entertaining 2-2 draw against Pakhtakor in Group D of the 2019 AFC Champions League on Tuesday.

Making his first appearance in this year’s competition after a lengthy injury lay-off, the Spanish midfielder opened the scoring in the sixth minute at Pakhtakor Stadium with a sweetly struck curling effort from the edge of the area.

Then, after the Uzbek side levelled through Khojiakbar Alijonov’s rocket from distance, the 2010 FIFA World Cup winner netted a delightful free-kick from just outside the right side of the penalty area.

The hosts equalised once more when Dragan Ceran scored shortly before the interval, but the eventual draw in Tashkent leaves Al Sadd just a point off Tuesday’s opponents at the Group D summit with two home games to play from the next three matches.

“Of course, Xavi is a huge player; he is an example for us all to follow,” said Ismaeil, who was part of Qatar’s AFC Asian Cup UAE 2019-winning squad.

“We benefit a lot from him. Today, he played a huge game and scored two great goals, and to be honest, this is Xavi, you expect him to do that.”

After beginning Group D with a loss at Saudi Arabia’s Al Ahli, Al Sadd rebounded with a 1-0 victory over Persepolis thanks to Baghdad Bounedjah’s last-gasp goal as they breathed new life into their campaign.

Since that game in mid-March, the Doha side have welcomed back their inspirational skipper and wrapped up their first Qatar Stars League title since 2013.

But Tashkent is widely regarded as a tough place to visit and unbeaten Pakhtakor have returned to the AFC Champions League boasting a squad brimming with Uzbek internationals that has captured the imagination of the local support, with more than 32,000 turning out on Tuesday.

“The team did well today as playing away always involves some difficulties,” admitted Ismaeil.

“The atmosphere, the ground and the fans are all factors that definitely increase the pressure. But fortunately, today the team put in a great performance and all the players did well.

“Pakhtakor are renowned in Asia and this is not their first participation [in the AFC Champions League]. Uzbek teams are known to be tough to play.” 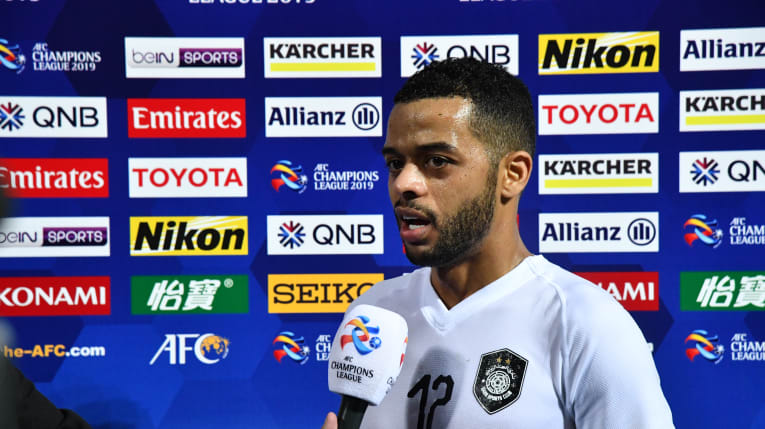 Al Sadd will next welcome Pakhtakor to Doha in two weeks’ time knowing a win would see them jump to the top of the standings.

Al Ahli will then visit the Qatari capital before Al Sadd round off their group stage with a trip to Tehran to face Persepolis in what is a repeat of the 2018 semi-final as Group D looks set to go to the wire.

“We have hope,” added Ismaeil. “We still have a game left to play against them in Doha and, hopefully, we can win in this match and top the group.”