Goals from Dragan Ceran and Marat Bikmaev either side of the break helped Pakhtakor overcome UAE’s Al Nasr 2-1 to reach the 2019 AFC Champions League group stage.

In a game that saw three penalties awarded for handballs, it was the Uzbeks who emerged victorious at Al Maktoum Stadium in Dubai.

The hosts came racing off the blocks and had their first clear sight of goal when Brazilian Junior Dutra watched his second-minute header saved by the goalkeeper.

Pakhtakor responded swiftly as Jaloliddin Masharipov supplied a through pass for Bikmaev whose effort from a tight angle gave goalkeeper Ibrahim Essa his first test of the night.

Bikmaev was again the dangerman as the visitors from Uzbekistan threatened again, but the 33-year-old’s header missed narrowly.

The Uzbek side thought their profligacy would be punished when Al Nasr were given a golden opportunity in the 14th minute as Odiljon Khamrobekov handled the ball inside his penalty box.

Al Nasr Skipper Alvaro Negredo stepped up but sent his shot from 12 yards out wide to Khamrobekov’s relief. 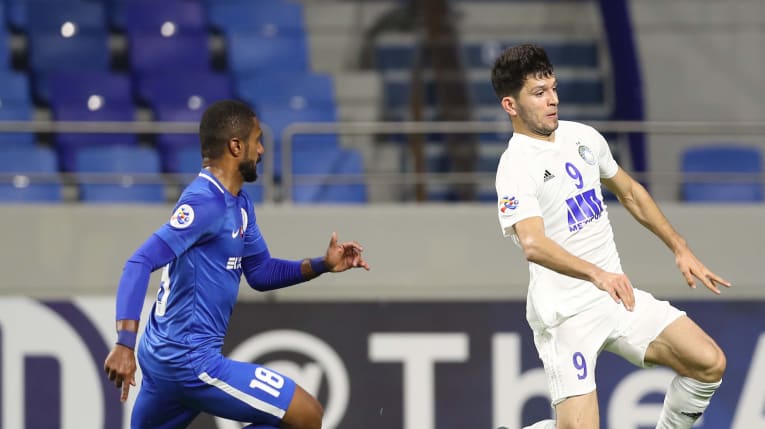 Ceran succeeded where Negredo failed. The Serbian striker kept his composure to slot home Pakhtakor’s opener from the spot at the half-hour mark after Al Nasr full-back Ahmed Al Yassi was penalised for a hand ball inside the box.

Bikmaev doubled Pakhtakor’s lead five minutes into the second half. Dostonbek Khamdamov’s in-swinging cross from the right flank needed just the faintest of touches by the striker to beat Al Nasr goalkeeper, and so it did.

There was a third hand ball in the game, this time the culprit was Pakhtakor’s Sadriddin Abdullaev who rescued Negredo’s strike with his hands and was booked as a result 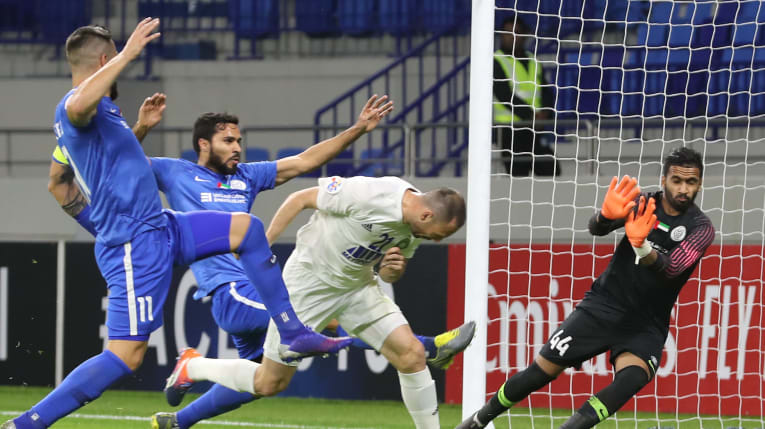 The former Real Madrid and Manchester City forward showed confidence to step up and take the penalty kick, having missed one earlier in the game.

This time Negredo was on target, his shot into the bottom corner bringing the Dubai side one goal closer to equalising.

Pakhtakor defended their lead resiliently and were rewarded with a place in Group D alongside 2018 runners-up Persepolis, semi-finalists Al Sadd and 2012 runners-up Al Ahli of Saudi Arabia.