Jordan took themselves to within 90 minute of a direct place in the Finals, as they eased to a 3-0 win over Kyrgyz Republic.

The win takes Jordan to six points from two matches, while Kyrgyz Republic’s dream of a first appearance in the tournament proper was shattered after a second successive defeat.

It was a night where some of the brightest prospects in Jordanian football shone, with Mousa Suleiman Al Tamari, Omar Hani Al Zebdieh and Mohammad Ziad Atieh all leaving their mark in a commanding win.

AFC Asian Cup UAE 2019 standout Al Tamari got the ball rolling when he opened the scoring from the penalty spot in the 15th minute, and Al Zedbieh showed both blistering pace and a cool head to beat Kutman Kadyrbekov for Jordan’s second on the hour-mark. 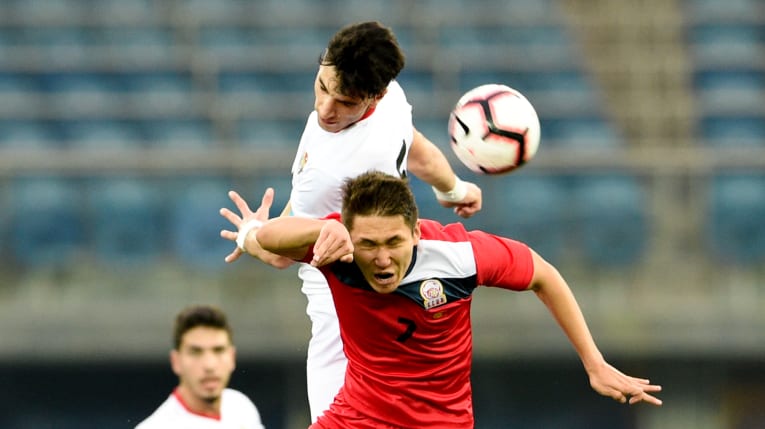 Al Zebdieh was also involved in the final addition to the score sheet, which came just three minutes later, producing a simple, but clever pass to supply to equally rapid Atieh, who produced an almost identical finish to the second goal.

Having seen off both Kuwait and Kyrgyz Republic, Jordan’s attention now turns to Tuesday’s Matchday Three clash with Syria. 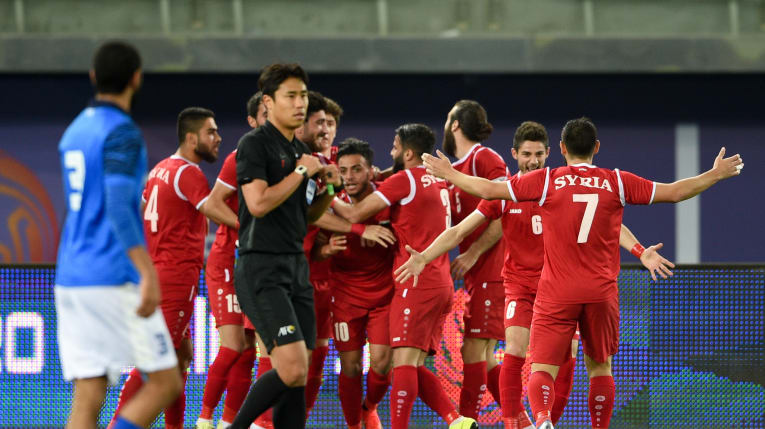 A fast start helped Syria overcome Kuwait, and join Jordan on six points, thanks to a commanding 2-0 win in Sunday’s later match.

Syria’s success sets up a group-deciding clash against Jordan on Tuesday, while Kuwait’s second successive loss on home soil means their Thailand 2020 campaign will end at the qualifying stage.

Following their opening day 2-1 defeat to Jordan, Kuwait were in desperate need of a positive result, but they made a dreadful start, conceding twice in the early stages as a result of defensive errors. 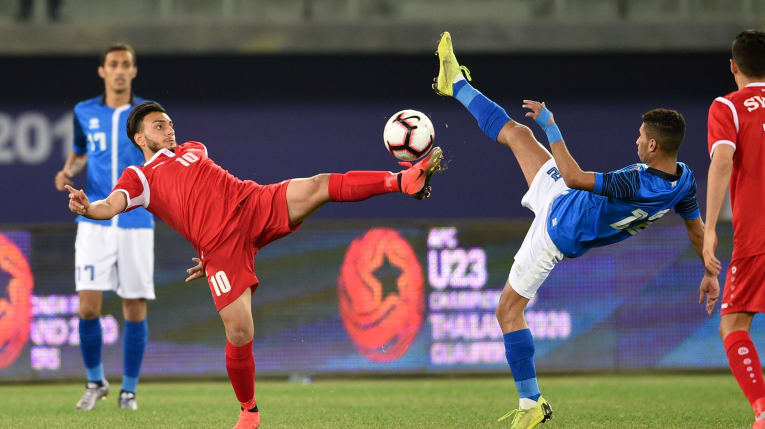 The first goal came after Kuwait goalkeeper Suod Al Houshan came to collect an Anas Alaji cross, but ended up out of position and empty handed, allowing Kamel Koaeh to slot the ball into an unguarded net in the 10th minute.

Syria’s second goal came from another Kuwaiti error 13 minutes later, as Abdulaziz Mahran completely mishit an attempted clearance, with the ball spilling straight to Abd Al Rahman Barakt, who thumped the ball in from 10 yards. 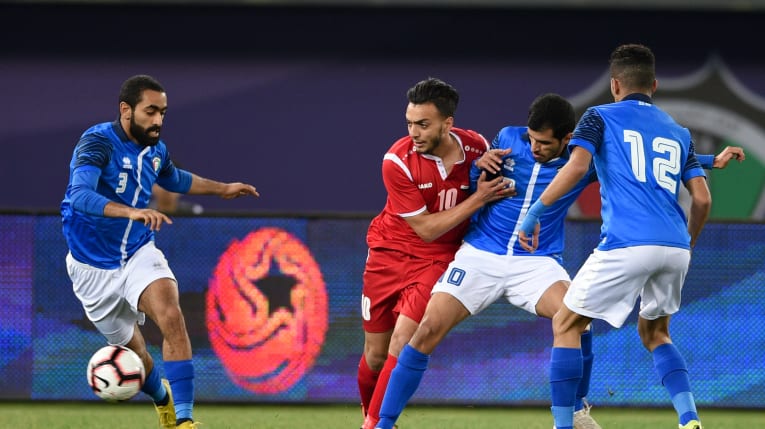 Kuwait looked for a way back into the contest, but Syria defended convincingly to deny them, before a long range effort from substitute Aiman Okiel nearly added to the visitors lead, with only Al Houshan’s athletic save keeping the ball out.

Kuwait’s night ended in frustration when Mahran was shown a second yellow card deep into stoppage time, as Syria did what was required to keep their qualification hopes very much alive.