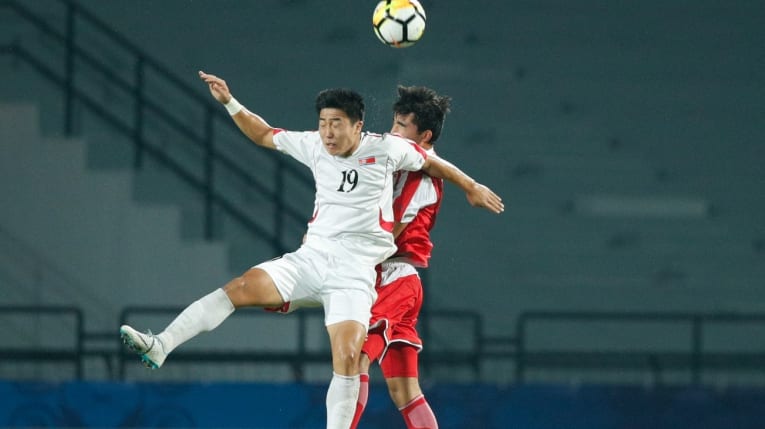 Goalkeeper Mukhriddin Khasanov starred as Tajikistan defeated DPR Korea 4-2 on penalties to advance to the semi-finals of the AFC U-16 Championship Malaysia 2018 semi-finals at the MBPJ Stadium on Sunday.

The match ended 1-1 after 90 minutes and Khasanov stopped the second and third DPR Korea spot-kicks as Tajikistan booked a berth in the 2019 FIFA U-17 World Cup Peru.

Tajikistan will play the winners of Monday’s Korea Republic-India quarter-final in the last four on Thursday.

Khasanov had to spring into action in the opening minutes as he kept the Central Asians in the game when he palmed away several crosses in the box following DPR Korea’s corners.

Tajikistan, who finished second in Group A, found themselves under constant pressure with DPR Korea committing players up front in a high-pressing manner but Zaynidin Rakhimov’s side were solid in their defending.

The East Asians came close to finding the net in the ninth minute following Kim Kang-song and An Phyong-Il’s swift exchange of passes in the box which saw the latter beating the Tajikistan defenders but his effort was straight at Khasanov, who easily fielded the ball. 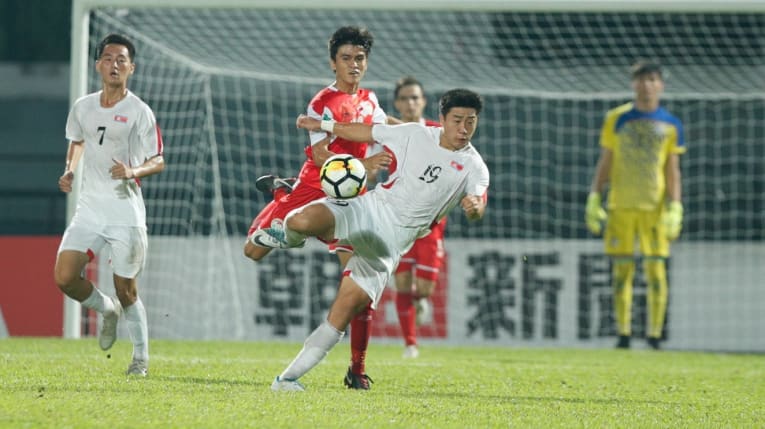 Against the run of play, Tajikistan found their breakthrough in the 14th minute when Amadoni Kamolov sent a deep cross to the right and his defence splitting pass found Rustam Soirov, who burst into the box to score past a hapless Ri Kyong-won.

Stung, DPR Korea played with more aggression as they tried to break down Tajikistan’s six-man defence but the two-time champions were wasteful in front of goal as Rakhimov’s side took a 1-0 lead into the break.

Khasanov was in the thick of action at the start of the second half as DPR Korea pushed for an equaliser but the custodian was on top of his game.

Tajikistan got into the action in the 57th minute on the counter which saw Sharifbek Rahmatov unleash a long-range effort but the midfielder fired his effort off the mark.

Pak Jong-chol’s side then had a goal disallowed in the 63rd minute after Ra Nam-hyon held up play before releasing Kim Jin-hyok on the right but he shot home from an offside position. 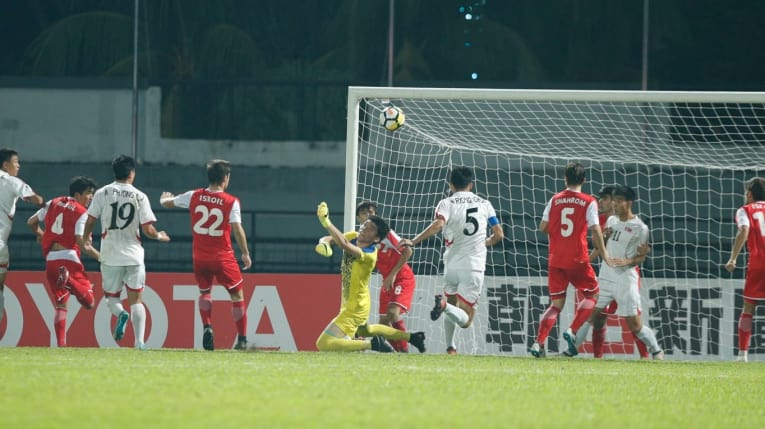 DPR Korea’s persistence paid off in the 69th minute when they finally beat Khasanov through Ri Hun’s spectacular 30-metre effort to level the tie.

What followed was a highly intense affair with both sides trying their best to break the stalemate with Tajikistan coming the closest in the 81st minute when Islom Zairov found space in the box and released a low drive which missed the right post.

Zairov came close to scoring again in the 87th minute off Rustam’s backheel after Rahmatov’s surging run down the right but the striker, who has scored two goals in the competition, saw his effort parried to safety by DPR Korea’s Ri Hun as the tie went to penalties.

Tajikistan were perfect from the spot but it was Khasanov who stole the show as he saved the second and third DPR Korea penalties.

«Today’s match was very close and I’m a little disappointed. Our players were too tired to play their own style and missed several chances to score. We expected them (Tajikistan) to play that way, but my players are still young and I expected them to play in their own style. We will try to do our best to qualify for the next FIFA U-17 World Cup.»

«First off all I would like to congratulate my team for the victory. I received a congratulatory message from the Tajikistan president. The whole country is in a celebratory mood. We waited 10 years for this moment. I thank all the players, I really trust them and we have qualified for the FIFA U-17 World Cup Peru. In the first half, our target was to score goals and we achieved it and in the second, we just wanted to keep the score but DPR Korea equalised. However, we got our second chance and beat them on penalties.»