Queiroz proud of his winning touch 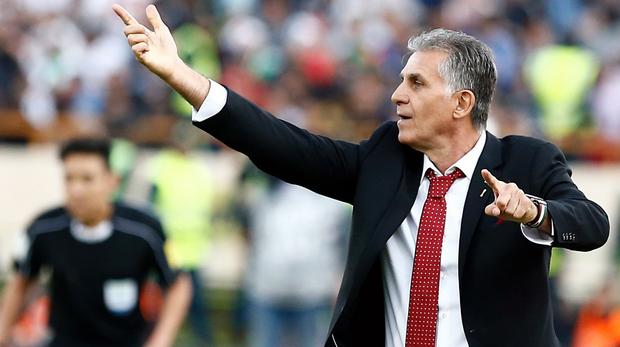 “Everytime I choose somewhere for the Iranian national team’s (training) camp at the World Cup, its club would be the champions of the league,” said the 65-year-old Portuguese before the team’s first training session.

“In 2014, I chose the Sports Club Corinthians Paulista, who later became the champions of Brazil, and this year the Moscow-based FC Lokomotiv campus was provided to the Iranian team, and they went on to win the title of the Russian Premier League (in May).

“I am very happy to be at the home of the Russian club champions and there will be no better place here for us. I hope we will have no problems.”

Iran, Asia’s top ranked team, are set to open their Russia 2018 campaign against Morocco on June 15, before taking on 2010 champions Spain (June 20) and Portugal (June 25) in Group B. A daunting task for many but Queiroz remains optimistic of his team’c chances as Iran get set for their fifth appearance at the FIFA World Cup.

“We are very happy and proud at this moment,” declared Queiroz. “Any problem we have is definitely less than the problems of other teams that have not made it to the World Cup, and we love being in the World Cup.” Football Federation Islamic of Iran General Secretary Mohammad Reza Saket also declared full satisfaction with Russia’s hosting capabilities.

“The conditions are very ideal,” said Saket. “All the facilities are available to the team to continue its work smoothly and the fans of the Iranian team in Russia welcomed the players.»

Team Melli will face Lithuania on Friday for their final pre-World Cup friendly, and Saket said the team are well prepared.

“Now, with full focus, we are going to the match against Lithuania.”