Spain not a worry for Queiroz

Carlos Queiroz is not one to dwell on the past and the Islamic Republic of Iran head coach is already planning to ensure his team remain ahead in Group B of the 2018 FIFA World Cup Russia.

IR Iran lead the group after Matchday One, which saw the Central Asians scoring a heart-stopping 1-0 win over Morocco while Spain and Portugal played to a thrilling 3-3 draw in the other match.

Up next for IR Iran are 2010 world champions Spain, who must be hurting after Cristiano Ronaldo’s late free-kick not only gave him a hat-trick but salvaged a point for Portugal.

Queiroz, however, isn’t worried about what Spain have to offer as he is focused on his team and making sure they not only maintain top spot in the group but take a huge step forward in their bid to qualify for the Knockout Stage for the first time in five appearances at the FIFA World Cup.

«Top spot in the group is not for sale and neither is it for rent. Spain are a quality team but we want to keep top spot,» said Queiroz, who is leading IR Iran for a second successive FIFA World Cup.

The win over Morocco was IR Iran’s second World Cup victory in the country’s history and means Queiroz’s side head into their clash against La Roja on Wednesday with momentum and hope. 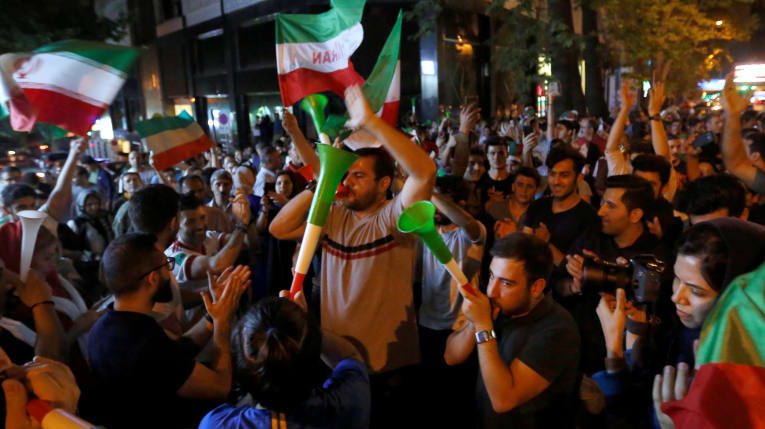 It was win that sparked celebrations back home and Team Melli will now look to push harder against a Spanish side who were rocked by the sacking of head coach Julen Lopetegui, who was replaced by Fernando Hierro.

That aside, Spain’s quality is unquestionable as they twice came from behind to lead Portugal 3-2 and had it not been for Ronaldo’s superb late free-kick, the three points would have been for Hierro’s side.

IR Iran, however, also showed that they don’t stop till the final whistle and with their efforts against Morocco rewarded — courtesy of Aziz Bouhaddouz nodding into his own net deep in added time — Queiroz has every reason to believe that Team Melli can get a result against Spain.