Faghani has taken charge of a number of high-profile games in Asia and is up there among the best in the world.

The 2018 edition of the FIFA World Cup in Russia was Faghani’s second stint at the global stage.

The Iranian was tasked with refereeing the 2018 FIFA World Cup third-place playoff between Belgium and England at the Saint Petersburg.

It was Faghani’s fourth appointment in Russia 2018, after overseeing the Round of 16 tie between France and Argentina; the Group E tie between Serbia and Brazil and the Group F match between Germany and Mexico.

His appointment equalled UAE’s Ali Bujsaim who officiated Sweden’s 4-0 win over Bulgaria in the 1994 FIFA World Cup USA third-place playoff at the Rose Bowl in Pasadena.

In his impressive career, the 40-year-old has officiated finals of the 2014 AFC Champions League, 2015 AFC Asian Cup, 2015 FIFA Club World Cup and the 2016 Olympic Football Tournament. 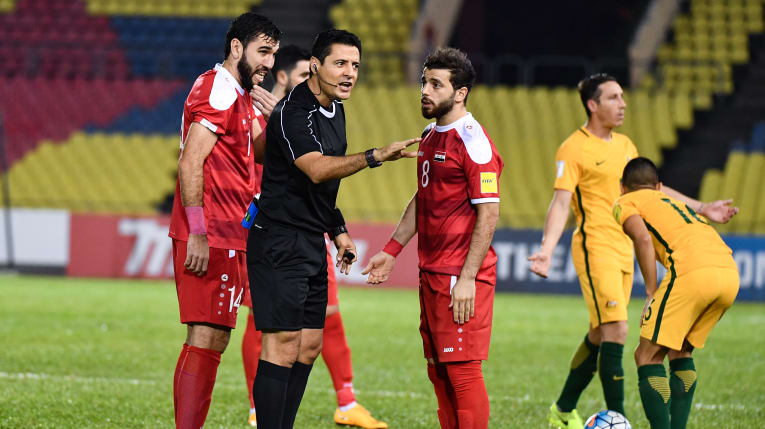 Faghani started his career in 1994 and became a FIFA referee in 2008. In 2009, he become an elite referee and went on to build his career by officiating in the AFC Cup, AFC Champions League and two years later, participated in the 2014 FIFA World Cup in Brazil as a support referee.

The 2016 AFC Referee of the Year built on the experience and officiated in the 2017 FIFA Confederations Cup semi-final and was also tasked with the 2018 FIFA World Cup Qualifiers Asian play-off match between Syria and Australia.

Compatriot Sokhandan Reza, the 2016 AFC Assistant Referee of the Year, was also honoured.

He has been an active FIFA assistant referee since 2003 and has overseen numerous AFC competitions as well as the Olympic Football Tournament and the FIFA Confederations Cup.

Mohammadreza Mansouri began his career about 20 years ago and has been an international referee since 2012.