Islamic Republic of Iran qualified for back-to-back FIFA World Cups for the first time in their history, and having retained coach Carlos Queiroz for seven years, continuity is Team Melli’s greatest asset

With three of their six planned pre-World Cup friendlies cancelled, IR Iran’s preparations have been less than ideal. But with an abundance of talent across the squad, Queiroz will still be confident of a strong showing in Russia.

Drawn in the so-called “Group of Death” alongside the last two European champions; Spain and Portugal as well as Morocco, many believe Team Melli have their work cut out for them.

However, a defence that conceded just five goals in their 18 qualifiers’ games and an attack line boasting some of the continent’s finest forwards could cause upsets if the Portuguese coach gets his tactics right.

How They Got There

IR Iran were the only Asian team to go the entire qualifying campaign unbeaten, topping Group A with a whopping seven-point gap from second-placed Korea Republic. Sardar Azmoun’s 11 goals and Mehdi Taremi’s eight strikes helped Team Melli win all their home games, apart from a 2-2 draw against Syria on the final matchday, after qualification had already been secured. 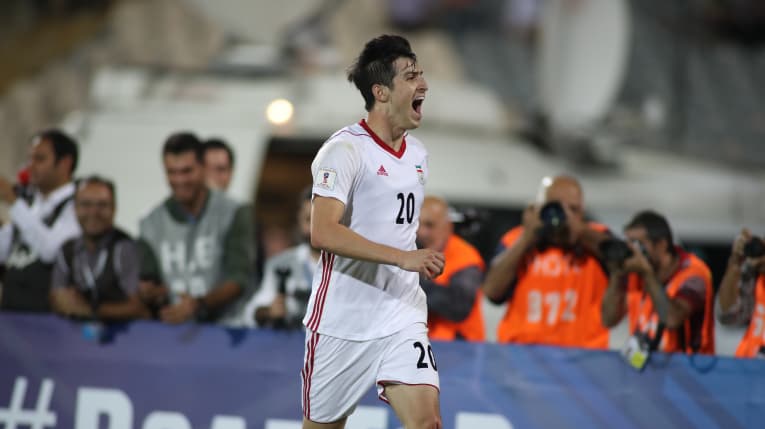 Alireza Jahanbakhsh – The 24-year-old winger won the Dutch Eredivisie’s top goalscorer award with 21 goals. His athleticism and trickery will provide the main creative spark for the side.

Sardar Azmoun – Considered by many as the brightest talent in Iranian football, Azmoun is the nation’s top goalscorer amongst active players with 23 goals from 31 appearances.

Saeid Ezatolahi – The midfielder brings balance to the side with the perfect combination of skill and physicality in the middle of the pitch. 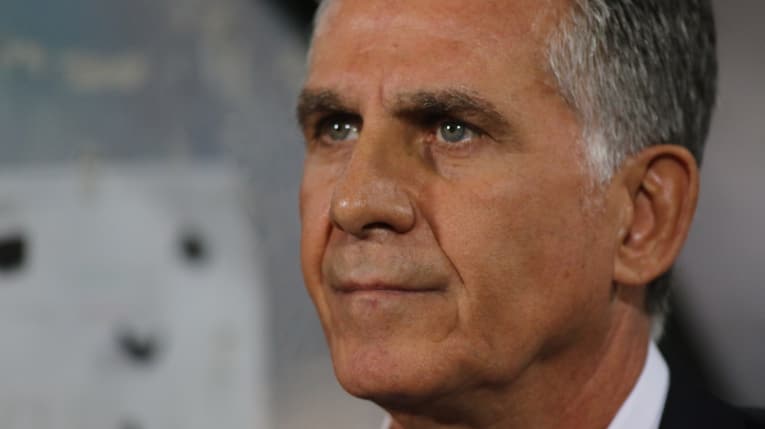 Former UAE, South Africa and Portugal coach Carlos Queiroz helms IR Iran at the World Cup for the second time running. In 2014, IR Iran collected one point from their three group stage matches, but earned their first-ever World Cup clean sheet. A year later, Queiroz took Team Melli to the quarter-finals of the 2015 AFC Asian Cup which they lost to Iraq in a penalty shootout.

In Spain and Portugal, Queiroz’s men face two of the best midfield lines in the world, and central midfielder Ezatolahi will be crucial to winning the midfield battle.

Ezatolahi’s towering presence in the middle of the park will be missed in the opening game against Morocco as the 190 cm tall midfielder serves a one-match ban, but his return in the final two games will boost Team Melli’s chances.

The 21-year-old played more passes (299) than any other Iranian player in the qualifiers, demonstrating his value in linking defence to attack as part of a three-man midfield.

If there was one aspect of IR Iran team that Queiroz constantly improved, it is their defensive game. In qualifying for Russia 2018, Team Melli conceded just two goals in 10 matches in the third round of the qualifiers. 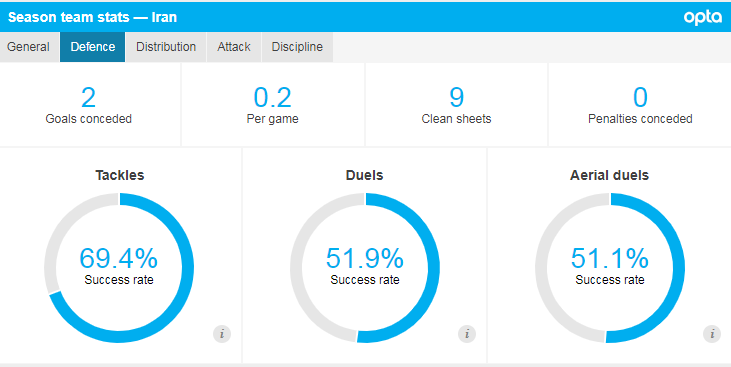 IR Iran kept nine clean sheets and both goals they conceded came in the 2-2 home draw against Syria after securing World Cup qualification.

Queiroz has decided to leave veteran centre-back Jalal Hosseini out of the World Cup squad. The Persepolis captain played six matches in the qualifiers, but the Portuguese coach looks set to pair Esteghlal’s Pejman Montazeri with Al Sadd’s Morteza Pouraliganji in the heart of defence.

With an average height of 183 cm, IR Iran have the tallest squad amongst Asian teams participating at the 2018 World Cup. They also have the youngest squad out of the five nations, with an average age of just over 26 years.

Goalkeeper Amir Abedzadeh is the son of Ahmed Reza Abedzadeh, who was IR Iran’s goalkeeper at the 1998 FIFA World Cup. Alongside Denmark’s Kasper Schmeichel, Abedzadeh is one of two goalkeepers in the tournament whose parents were also World Cup goalkeepers.