Uzbekistan stormed into the quarter-finals of the 2018 Asian Games Indonesia men’s football tournament with a 3-0 win over 10-man Hong Kong 3-0 on Thursday.

The White Wolves’ victory over the East Asians kept their perfect record intact and the 2018 AFC U23 champions will next face Korea Republic, who defeated Islamic Republic of Iran 2-0 in their quarter-final.

Uzbekistan took control of the match and pressured Hong Kong early as Dostonbek Khamdamov and Jaloliddin Masharipov had their shots parried away by goalkeeper Yuen Ho Chun in the first 20 minutes.

However, Ravshan Khaydarov’s men broke Hong Kong’s resistance after Ikromjon Alibaev found the net in the 27th minute to put Uzbekistan in the lead.

Uzbekistan continued to apply pressure on their opponents and came close minutes later but Odiljon Xamrobekov and Masharipov failed to find the target as Hong Kong kept it together at the back.

Just before the break, The Dragons found themselves at a disadvantage when defender Yu Pui Hong received his marching orders in the 43rd minute for a foul on Akramjon Komilov.

The Central Asians took full advantage in the second half and it was not long before they scored again in the 60th minute through Javokhir Sidikov and went 3-0 up following Zabikhillo Urinboev’s strike in the 65th minute. 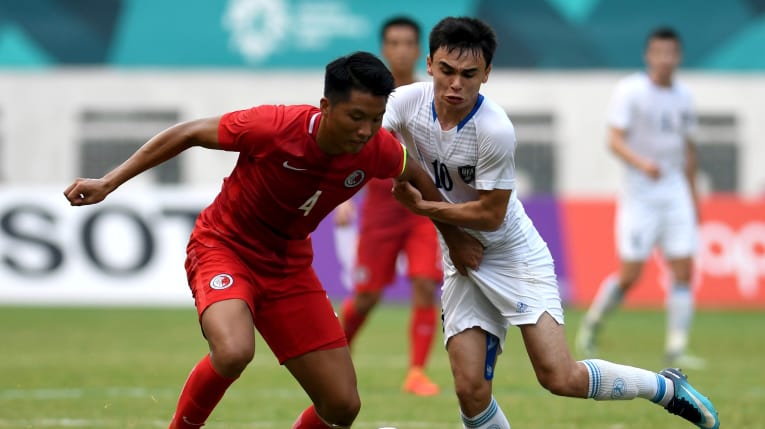