We showed we deserve to be here, says hat-trick hero Lux

Revelling in the hat-trick which powered his nation to the AFC Asian Cup UAE 2019 Round of 16, star Kyrgyz Republic striker Vitalij Lux said his side’s performances in the competition are proof of their deserving place at the continent’s top table.

The 29-year-old striker was at his lethal best on Wednesday, netting all three Kyrgyz Republic goals in their crucial 3-1 win over fellow debutants the Philippines, their first ever in the Finals.

The Akshumkar’s three points, coupled with Vietnam’s 2-0 win against Yemen, means the Central Asian side is the first newcomer to the tournament to reach the knockout stage since 2007, and Lux said their achievements are evidence that they belong among Asia’s elite

«Despite being debutants we proved that we deserve to be in every AFC Asian Cup and showed that we can play good football,» said the in-form striker.

«We have demonstrated very good football overall, regardless of whether we progress or not. We played well against both China PR and Korea Republic and kept improving from game to the next.

Kyrgyz Republic had no shortage of contributors on their day to remember. Edgar Bernhardt was superb in the centre of midfield, and Akhlidin Israilov was more than a handful on the right wing, but, with three supebrly-taken goals, Lux was the pick of the bunch.

The Germany-based front man’s treble was the first by a Kyrgyz player in any major tournament, and he revealed his delight at writing both himself and his country into the record books. 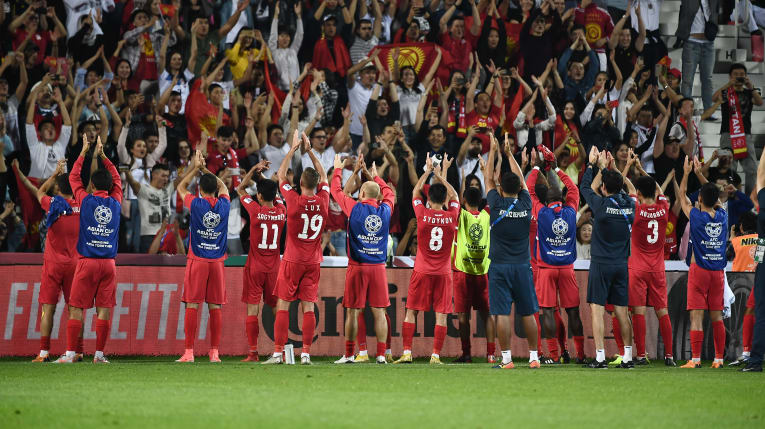 «I’m really proud to be the first player ever to score a hat-trick for Kyrgyz Republic,» he said.

«Huge emotions! I’m proud of my teammates who gave me all the chances that I was able to score. I was confident of scoring today and I was lucky to make history.» 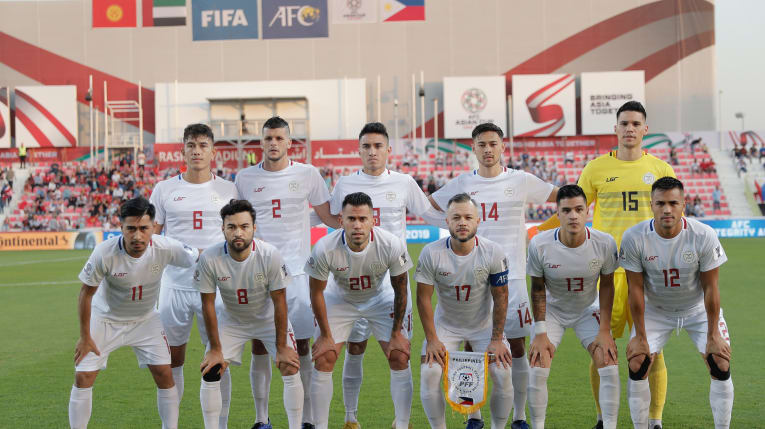 While Lux basked in his finest hour on the international stage, Luke Woodland of the Philippines was left to look to the future, after his side exited the competition after a third straight defeat.

«We’ve got World Cup qualifiers to look forward to after this. Let’s see what we can do in that,» said the defender.

«I think the main aim is to try to push to get back into the tournament again. It’s a big stage, but we have shown our quality. I think we’ve shown a lot of people what we are about, shocked a few people.

«We have done all the Filipinos proud, they came out in full force again today. We are very proud, very proud.»